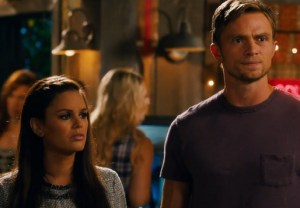 We’ve got questions, and you’ve (maybe) got answers! With another week of TV gone by, we’re lobbing queries left and right about shows including Girls, NCIS, Arrow and Empire!

1 | OK, we can’t ignore it any longer – what’s with the overly orange hue on Hart of Dixie this season? And why can’t Zoe and Wade just move into that big plantation house with Lavon?

4 | Hannah’s parents are going to totally split by the end of Girls‘ fourth season, yes? (How else to explain her dad’s very odd comments over dinner — the ones Hannah either didn’t notice or just chose to ignore in favor of her own drama?)

5 | Is Looking‘s Agustin any less 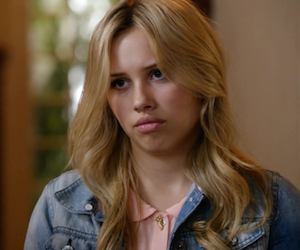 insufferable now that he’s trimmed his beard and landed a job at a homeless shelter for at-risk gay teenagers?

7 | Wasn’t Jane the Virgin‘s reveal that Zaz is alive 100 times more shocking than the Sin Rose-tro twist? And was the impromptu at-home graduation a true tearjerker, or as cheesy as Xo expected it to be?

8 | Tell us again why Sleepy Hollow‘s Ichabod had to blow up Thomas Jefferson’s treasure trove of Witness goodies? And based on what Irving told Jenny about the rune in his palm, was he just playing along with Henry when he delivered the evil spellbook in the previous episode? 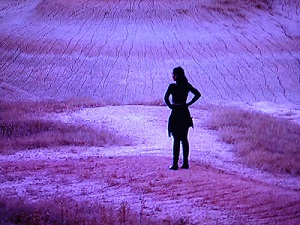 9 | Were this week’s dramatic Bachelor “exit shots” implying that the women rejected by farmer Chris Soules are doomed to a life of street-walking or — perhaps even worse — to be left for dead in the badlands? Also, is there any way Chris’ marriage proposal can match the feel-good vibes of the two-on-one ouster of entitled princess Ashley I and ghoulishly phony Kelsey? 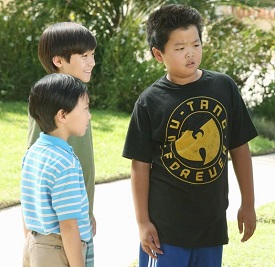 11 | Who is the funniest Fresh Off the Boat son: Evan, Emery or Eddie? Is that an impossible choice?

12 | Does anyone really expect the long-distance thing to work out for New Girl‘s Jess and Ryan? And how much longer do we have to wait before Fawn Moscato exits the picture, allowing for a Schmidt/Cece reunion?

13 | Hilarious and heartfelt as this week’s Mindy Project was, did the student film-level sound mix on dubbed lines repeatedly pull you out of the action?

14 | Was Cougar Town‘s working parent switcharoo between Ellie and Andy really a shock to anyone? And did Tom’s overuse of 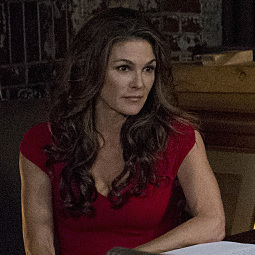 bronzer remind anyone else of Ross Geller’s spray tan mishap? (He counted mississippily!)

16 | TVLine reader Gordon asks: “Last week, Arrow tells the city they have suffered while he was gone and he will not leave again. Very next week he is leaving? WTF?” Also, are you starting to lose track of who trusts Malcolm and who doesn’t? Last week, Roy was defending him, and now he hates him again??

17 | Wasn’t it weird that Empire had Elle — who’s supposed to be as much a rock rebel as portrayer Courtney Love — singing what sounded like a tame Bonnie Raitt song? And for all its strengths, is the show being rather unrealistic about how quickly and often recording artists churn out hits? And what happened to Jamal’s plan to come out and play up the I’m-gay-and-my-dad-hates-me angle?

18 | TVLine reader Cindy writes: “Dear Nashville, If Deacon is Type O and Scarlett is Type AB, how can Scarlett’s mother (Deacon’s sister) be a match for him?” #PunnetSquare

19 | Middle fans, were you absolutely thrown off guard by Darrin’s proposal to 17-year-old Sue? Would the show dare proceed with an engagement?

20 | Did any fellow Scrabble nerds freeze-frame The Americans to see what words Philip and Gabriel had played? And what was more squirm-inducing: last week’s “suitcase” scenario or Philip pullllling out Elizabeth’s teeth?

21 | Is Hindsight jumping from one love interest to the other a little too quickly for a show that’s only at Episode 6?

your theory about Grey’s Anatomy’s “mystery intern,” until her identity was revealed?

24 | Does the behavior of Scandal’s Fitz — endangering soldiers to save his mistress — make you seriously question if he ever saw Star Trek II? “The needs of the many…” and all that jazz?

25 | Which aspect of Walden’s vision of the year 2030 seemed less unlikely on Two and a Half Men: the fact that The Big Bang Theory was still airing, or that Matthew McConaughey was president of the United States, and had agreed to guest-star on its series finale?