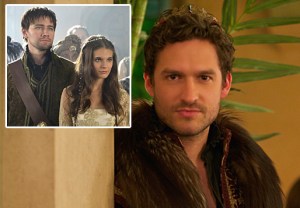 Prepare thyselves, Reign fans! Now that King Antoine is convinced Bash is responsible for his brother’s death, Ben Aldridge says his character is ready to exact his revenge on Thursday (The CW, 9/8c) — and Kenna is a major part of his master plan.

“He sees her as a possible route to vengeance,” Aldridge explains. “Antoine could offer Kenna a lot of things Bash couldn’t. With a king charming her, I think it’s very possible she’ll find herself tempted. His aim is to cause harm to Bash via Kenna somehow.”

Of course, there’s always a chance Antoine’s good-natured brother could step in and prevent him from doing something he — and certainly the viewers — might regret. 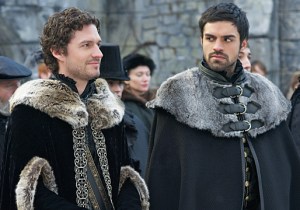 “There really are two sides of Antoine,” Aldridge admits. “There’s the evil, plotting, vengeful side, but there’s also a very sincere side when it comes to his family. There will be more dramatic scenes between him and Conde, where he reminds him how their family has suffered.”

Regardless of how Antoine’s scheme plays out, though, Aldridge has been “relishing” the opportunity to play French Court’s latest villain (of many more to come, I’m sure).

“It’s nice to play someone who’s always got a hidden agenda,” he says. “I’ve been going into every scene with a bit of a dagger behind my back.”

Reign fans, do you really think Antoine could convince Kenna to leave Bash? Drop a comment with your thoughts and theories below.