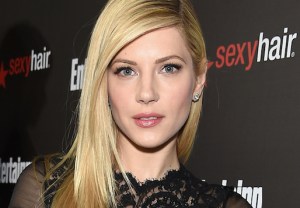 Katheryn Winnick is set to guest-star on CBS’ Person of Interest as a woman who just might make Vikings‘ badass Lagertha proud.

Winnick recently teased her visit to the CBS drama via Instagram (as seen below). TVLine has since learned that she will appear in Episode 18 of POI‘s current season as Frankie Wells, a resourceful, relentless bounty hunter who enjoys her job of chasing down bad guys perhaps a bit too much.

Winnick’s other previous TV credits include Nikita, The Glades and a pot-stirring run on Bones.

Person of Interest continues Season 4 on Tuesday at 10/9c, with Episode 15. Vikings premieres its third season on Thursday, Feb. 19.

The amazing talent behind Person of Interest.. Thank you for a incredible ride. Women directors and writers rock! #POI #JimCaviezel