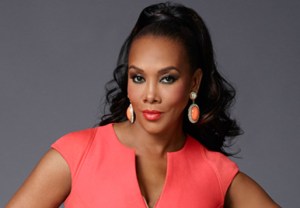 Celebrity Apprentice has taken us on a dizzying journey this season, full of fights, firings and whatever this was — and Vivica A. Fox tells TVLine exactly how Monday’s live finale (NBC, 8/7c) should go down.

“I’m betting on Leeza Gibbons,” she tells us. “Girl power! We haven’t had a [female] winner since Joan Rivers, so it’s time for another woman to represent!”

As you might recall, Fox essentially fired herself on last night’s episode by refusing to devalue fellow finalists Gibbons and Geraldo Rivera. But make no mistake, if Fox could go back and do it all again, she wouldn’t change a thing.

“To those who say I chickened out, you’re entitled to your opinion, but I’m a realist and I think I made the right decision,” she says. “I didn’t want to say mean things about either of them, because neither of them deserved that. Between them, they brought in close to half a million dollars, and that should be commended. That’s why I bowed out; there’s no sense in fighting a fight you can’t win. I’d been there for seven weeks, so I was tired and ready to get back to my wonderful life.” 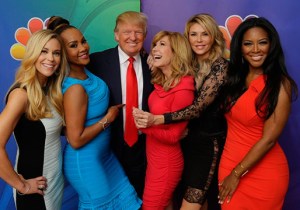 “We all did the [Television Critics Association winter press tour] a couple months ago, and she kept her distance,” Fox tells us. “I’d like her to be woman enough to say, ‘I got caught up and I did you wrong,’ and we could keep it moving. I’m not one to hold a grudge, but the fact that she went on this whole campaign of assassinating my character and my professionalism is unacceptable to me. She did it to deflect the truth; she stole my phone and hacked into my Twitter account. The fact that she watched us all looking for it, then blindsided me with it in the boardroom was just… wow.”

Speaking of the boardroom, don’t expect to see Fox and Ian Ziering’s fellow Sharknado survivor Tara Reid sitting across from Donald Trump anytime soon — or ever.

“Oh no, no, no, no, we’re not going to put Ms. Tara Reid on Celebrity Apprentice,” Fox says with a laugh. “I love her, but she’d cuss everybody out two times and go, ‘I’m done! I can’t, I just can’t.’ The producers would have to keep their fingers on that bleep button the whole time!”

Apprentice fans, how do you feel about Fox’s exit from the competition? And who should win it all, Gibbons or Rivera? Drop a comment with your thoughts below.