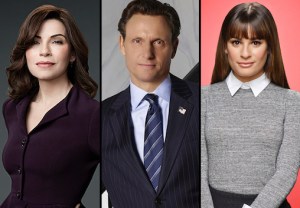 Several of Glee‘s original cast members will bid adieu to the series at PaleyFest in March.

The Paley Center for Media has unveiled the talent list for its annual celebration of TV, and it features big names such as the Fox musical comedy’s Lea Michele and Chris Colfer, Homeland‘s Claire Danes, The Good Wife‘s Julianna Margulies and the breakout stars of freshman newbies The Flash, Outlander and Jane the Virgin.

The current list of panelists for each night of the event (taking place at the Dolby Theater in Hollywood) follows:

Ticket and venue information can be found at PaleyFest.org. Yahoo Screen will live stream the panels.