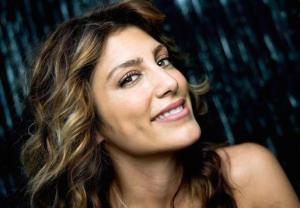 Is Mistresses about to enter its Blue Period?

Jennifer Esposito (Blue Bloods, Taxi Brooklyn) has landed a series-regular role on Season 3 of Mistresses. The actress will play the “new mistress” of ABC’s summer soap, the “uber-fabulous and larger-than-life” Calista Raines — a woman who’ll step into the role of “friend, mentor and surrogate sister” to Jes Macallan’s Joss following the exit of that character’s actual big sis Savi (Alyssa Milano).

Calista, the Creative Director of a luxury fashion brand who has a correspondingly high-class socialite lifestyle, posses a wicked sense of humor and style. Beneath the glossy surface, however, Esposito’s character will struggle with loneliness, and her “fun eccentricities will cloak a darker, more devious nature.” Over the course of the season, in fact, Calista will draw Joss “deeper and deeper into a world of secrets and betrayal.”

Mistresses is undergoing some significant changes between Seasons 2 and 3: Milano exited following the decision to move the production from Los Angeles to Vancouver. Esposito’s character will now anchor the action along with Macallan (who plays Joss), Rochelle Aytes (sexy single mom April) and Yunjin Kim (as legendary hot mess Karen).

Excited about Esposito as a new Mistress? Hit the comments with your thoughts!