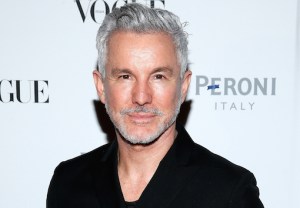 Netflix has picked up 13 episodes of The Get Down, a musical drama from acclaimed filmmaker Baz Luhrmann (Moulin Rouge!, The Great Gatsby).

The hour-long drama will be set in 1970s New York City and focus on a rag-tag crew of South Bronx teenagers with no one to shelter them – except each other, armed only with verbal games, improvised dance steps, some magic markers and spray cans.

Traveling from Bronx tenements to the SoHo art scene, from CBGBs to Studio 54 and the just-built World Trade Center, The Get Down promises “a mythic saga of how New York at the brink of bankruptcy gave birth to hip-hop, punk and disco — told through the lives and music of the South Bronx kids who changed the city, and the world… forever.”

In a statement, Netflix original content VP Cindy Holland said, “From his very first and magnificently original steps on the world stage with Strictly Ballroom to his most recent with The Great Gatsby, Baz conjures worlds we may not recognize initially, but once there, realize they are infused with the same dreams of every person — to belong, to matter, to live life to its fullest. We are thrilled to support Baz, Catherine and Paul and their team in their quest to illuminate those same dreams through the artists who came of age in the cauldron of the Bronx in the late 1970s.”