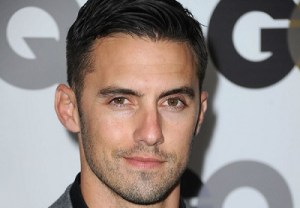 Milo Ventimiglia is switching to the dark side.

The Heroes alum will recur on Season 1 of Fox’s Batman prequel Gotham as Jason Lennon, a serial killer known as the Ogre.

Jason — who shares a nickname with a DC Comics creation, but is not from the canon — is described as handsome, wealthy and seductive. He has been preying on the young women of Gotham for nearly a decade, luring them into his web and confronting them with a series of “tests” as he searches for his perfect mate. When the women fail to live up to his impossible standard, Lennon disposes of them quickly and viciously.

Gordon’s determination to bring down the killer sends both men — and those around them — on a course toward tragedy.

Ventimiglia — who next stars in the ABC drama The Whispers — makes his debut in Episode 19.

Stoked about a Hero turning villain? Sound off in the comments!