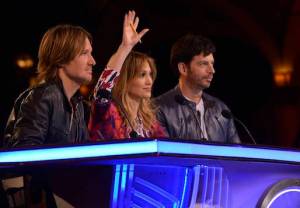 American Idol‘s Season 14 Hollywood Week kicked off with what the great philosopher Fergie refers to as “that boom-boom-pow.” Seriously, the one-hour installment featured so many triumphant vocal performances I felt like my TV set should’ve been perched atop Katy Perry’s mechanical lion and marching into wherever it was they held the Super Bowl on Sunday.

Sure, standout auditioner Tara Honda was sent to the guillotine without so much as a trial in the court of public opinion — in other words, she got cut without us getting to hear a single note — and producers once again pressed “mute” on multi-season hopeful David Oliver Willis. But if I’m only registering two “Aw Hell Nos!” over the course of 60 minutes, you know something’s going right in The House That Still Owes Apologies to Mishavonna Henson and Lisa Leuschner. #NeverForget #ShouldaBeenWildCards

I’ll let you pause for a second while you ponder me serving you an Idol recap without a side order of delicious BMC sauce (that’s “bitch, moan and complain,” and yes, it’s only 60 calories per tablespoon). In the interim, I’ll give you my rundown of the best and worst of Season 14 Hollywood Week — Episode 1.

THINGS ALMOST AS EXCITING AS THE WORDS “RANDY JACKSON HAS LEFT THE BUILDING”
1. Jax’s cover of “Toxic” | Unlike so many twee acoustic rearrangements, this piano-driven cover twisted the Britney track’s tempo into a pretzel, and rendered it utterly hypnotic.

2. Savion Wright’s “Get Lucky” | The returning contestant’s acoustic reimagining of the ubiquitous dance track was delivered with deeply soulful vocals and serious rock-star swagger. Yes, the extra year of experience did the man some good!

3. Producers eschewing Season 13’s hideous “Airport Hangar of Doom” — and instead front-loading Round 1 of Hollywood Week with encores from the judges’ 38 most memorable auditioners. THIS is how you engage your audience! Maybe the live shows will stop saving all the best for last, too? 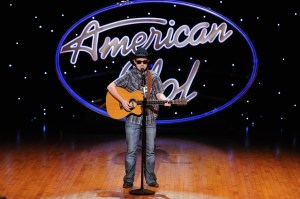 4. Garrett Miles’ “To Make You Feel My Love” | This confident blind fella didn’t reinvent the wheel — or his Bob Dylan ditty — but his sweet, straightforward vocal was a refreshing reminder that sometimes less can be more.

5. Jaq Mackenzie’s “Cool Kids” | I didn’t love love love her audition, but this cooler-than-any-of-us-were-at-her-age 15-year-old brought a lovely nuance to her jam — and proved she can belt when it’s needed, too.

6. Adam Lasher’s “Wicked Game” | There’s something about this gruff guitarist’s tone that reminds me of the late, great Michael Johns.

7. Tyanna Jones’ “Dance With Me Tonight” | Nope, it wasn’t pitch-perfect, but Tyanna’s Olly Murs jam was so packed with personality, it almost spilled out the seams!

THINGS THAT MADE ME SAY, “WHAAAAA?”
1. Adam Ezegelian’s “Demons” | J.Lo chalked up his pitch problems to nervousness, but how is this dude going to be any more relaxed when he’s singing live for 12 million viewer votes?

2. Michael Simeon’s “Warrior” | Kid who danced with J.Lo at his audition put way too much “breathy boy band effect” on his Demi Lovato cover. I can’t go for that — no can do.

3. Hollywood Anderson’s “Someone Like You” | Dude, where’s Adele’s melody!? As J.Lo noted, this is how you throw away a spot in the Top 24.

4. Shannon Berthiaume’s “Sir Duke” | OK, her home number is probably 1-800-Blu-Eyed-Soul, but she doesn’t know the meaning of restraint — and she botched her lyrics, too. I stand by my audition round assertion that girl needs another two years of seasoning before she’s ready to be thrown on the Idol grill.

THINGS ALMOST AS INFURIATING AS AN ELLEN DEGENERES “EVERYBODY’S GREAT” CRITIQUES FROM SEASON 9
1. Sal Valentinetti inviting J.Lo to his hotel room | Yes, she’s starring in a movie where she has an affair with a teenage boy, but that is fiction. In real life, it’s 2014, and Ms. Lopez shouldn’t have to smile politely as some hormonal goon invites her to his hotel room and tells her he’s turned on by Latinas. That shoulda been an automatic DQ, not the basis for an entire “boy contestants are hot for J.Lo” segment!

2. Trevor Douglas, “I See Fire” | Bespectacled teenager seems like a nice kid, but I fear I’ll be biting the inside of my cheek to distract myself from his drama-club theatrics for the next three months.

3. Cat Girl gets through, but Tara Honda is cut — and we don’t hear any singing evidence as to why? Plus, we get more David Oliver Willis glimpses without ANY singing? Blerg!

That’s my take on Hollywood Week, Night One. How about you? Sound off with your raves and rants below, and keep following me on Twitter for all my Idol recaps, news, interviews and exclusives!
https://www.youtube.com/watch?v=WV7J4-h8KAg