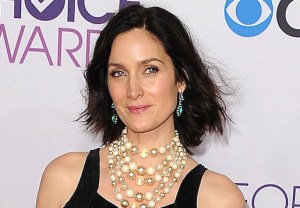 Onetime Matrix prisoner Carrie-Anne Moss is the latest addition to Netflix’s AKA Jessica Jones series — as either the titular Marvel character’s dream come true, or her worst nightmare.

As the 13-episode series picks up, after a tragic ending to her short-lived superhero stint, Jessica Jones (played by Apartment 23‘s Krysten Ritter)  is rebuilding her personal life and career as a detective who gets pulled into cases involving people with extraordinary abilities in New York City.

As first reported by TheWrap.com, Moss will play a no-nonsense woman who could prove a powerful ally to Jessica… if Jessica doesn’t completely alienate her first.

Marvel’s AKA Jessica Jones will premiere sometime in 2015.