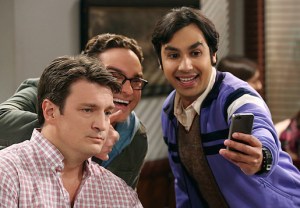 The nerds of The Big Bang Theory are about to meet another of their idols.

Firefly captain turned Castle star Nathan Fillion will guest-star as himself in an upcoming episode of the CBS comedy, EW.com reports.

He will appear in the Feb. 19 episode, in which Raj and Leonard spot TV’s erstwhile Mal Reynolds at a restaurant and debate whether to ask him for a picture.Fillion, of course, has reached Geek God status with roles on Buffy the Vampire Slayer, Dr. Horrible’s Sing-Along Blog and the aforementioned, gone-too-soon Firefly, of which Sheldon is a huge fan.

Fillion is but the latest in geek cred-carrying actors playing themselves on TV’s No. 1 comedy, following in the footsteps of James Earl Jones, LeVar Burton and Wil Wheaton, among others. 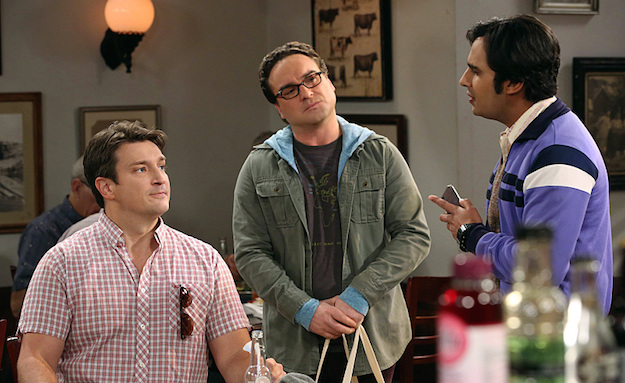