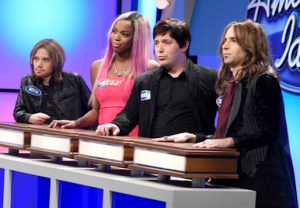 We’ve got questions, and you’ve (maybe) got answers! With another week of TV gone by, we’re lobbing queries left and right about shows including Sleepy Hollow, Jane the Virgin, Parenthood and Scandal!

1 | Which Saturday Night Live intern goofed, that the Family Feud sketch featured a weirdly outdated array of American Idol judges? (Also, raise your hand if you could do a better Harry Connick Jr. impression.)

2 | Were you as floored as we were, during the SAG Awards, to learn that Lifetime Achievement winner Debbie Reynolds didn’t know how to dance before Singin’ in the Rain? And did it take you a moment to figure out who a newly slim Zach Galifianakis was?

3 | Was the idea that Revenge‘s Emily would seek advice from Ben even more forced than their hookup? 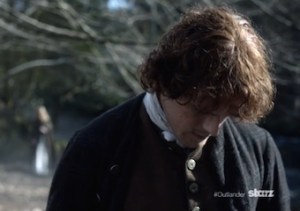 bout the identity of the woman in the background of the Jamie scene released this week?

5 | Which “Oh please, no!” HBO Sunday-night hookup is more likely to happen: Looking‘s Agustin and Richie, or Girls‘ Jessa and Adam? And on the subject of Jessa: If you’d been in Adam’s shoes, would you have given her any support whatsoever after she pulled down her shorts and urinated in between two parked cars? Or would you have walked away and told the cops she was a crazy person you didn’t know?

6 | Hmm, would Togetherness‘ Michelle ever cheat on Brett with charter school enthusiast David? Why was she so quick to Google the divorced dad when she returned home…? 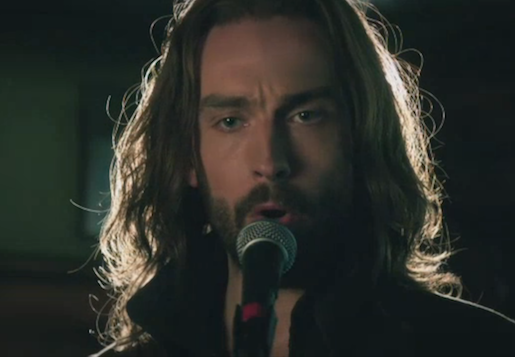 7 | How did Sleepy Hollow‘s Ichabod so quickly pick up the tune to “Proud Mary?” And how much would you give to hear an outtake of him singing “that one about the bass, ’bout the bass”? Who else thinks Katrina wasn’t sharing everything she saw when she read Irving’s spirit?

8 | How come Bachelor Chris got to put on a shirt when the group date switched from “swimming in the lake” to “setting up tents,” yet all the women had to stay in bikinis? Also, has there ever been a contestant more irritating than Ashley I, with her “but I wanted the princess date!” tantrum and her “he didn’t kiss me after I told him I was a virgin!” meltdown?

9 | Shouldn’t Jane the Virgin have been a wee bit suspicious of the rave review her script garnered from The Passions of Santos‘ showrunner — especially knowing the first vote of confidence she received had strings attached? And given what we know about the Marbella’s secret plastic surgery room, is it possible that Lachlan is actually Petra’s revenge-seeking ex, Milos? (Or worse, Sin Rostro?)

10 | How many times is Gotham‘s Jim Gordon to bump into the “blue wall of silence” only to soon enough sway his corrupt colleagues with a rousing, inspirational speech? 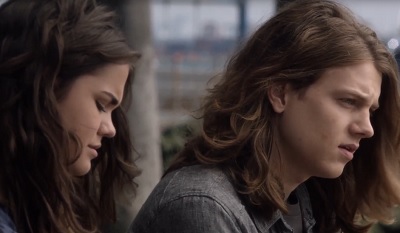 11 | Are The Fosters‘ Callie and Wyatt sporting the same hairstyle now? To Alex Saxon, if you’re reading: What conditioner do you use?

12 | If The Flash’s Iris is half the reporter she claims to be, at what point will she notice that Barry tends to vanish on her just before the speedster makes headlines? (Or are we following the Lois Lane Rule?) Why didn’t Barry & Co. hand over non-metahuman Hartley to the police? And were any soap fans wanting Mason Bridge to reference his days running The Sun?

13 | Any chance that Agent Carter’s Dottie was planted at the Griffith to protect Peggy…?

14 | Can Marry Me‘s Jake please have another falling out with his college “boyz” so we never have to endure their obnoxiousness again? 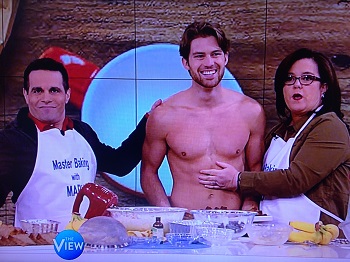 15 | Number of seconds it took you to change the channel after The View‘s wretched “Master Baking with Mario Cantone” began?

16 | The highlight of this week’s Hindsight: Becca channeling Lloyd Dobbler, the use of “Fade Into Me,” or Becca spoiling Friends‘ Monica/Chandler twist for Lolly?

17 | Given Arrow’s abrupt re-introduction of Thea’s DJ pal, was there any scenario where he didn’t turn out to be a bad guy? Are we crazy to think that Oliver’s new flashback wig makes him kind of sexy? (And was William Shatner right when he said it made him look like Jared Padalecki?) And how concerned should we be that Felicity seems to be contracting Joey Potter Syndrome?

18 | After her brutal beatdown of Agent Gaad on The Americans, we wonder who would win in a fight: Elizabeth Jennings or Arrow‘s Oliver? And who has the most resilient, fight-resistant wigs: the FX drama or the CW series? 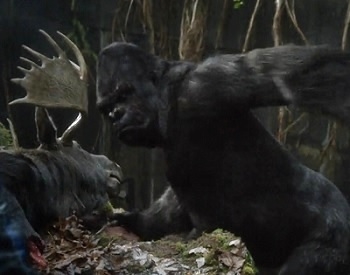 19 | Who would have thought The 100 would feature a gorilla before The Flash?

20 | Do we need Empire‘s Anika to score a win over Cookie sometime soon, just to keep it interesting? Or is Cookie’s three-times-an-episode victory strut satisfying enough on its own? Also, it’s time to give Gabourey Sidibe’s Becky an actual story arc of her own, right?

21 | For someone hovering near death, didn’t Parenthood‘s Zeek look quite handsome and spry throughout much of the series finale? His storyline aside, was there something a bit Oprah-like about the finale a la “You get a happy ending! You get a happy ending! And you get a happy ending!”? And wouldn’t it have been nice to slip Maura Tierney (aka the original pilot’s Sarah) into the wedding reception somewhere? Speaking of the ceremony, why the gloves, Sarah? 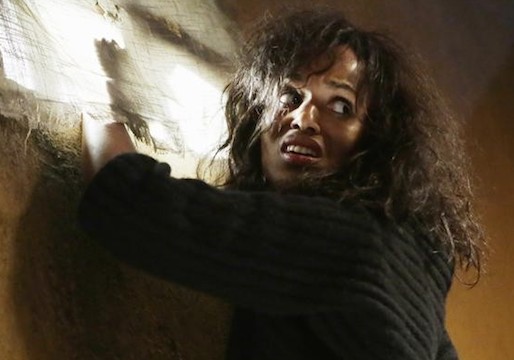 22 | Scandal spoilers ahead… OK, sure, the “man in charge” of Olivia’s abduction faked her trappings with a set, but did he also, what, pump the entire soundstage full of hot air to replicate the hair-frizzing “foreign” climate? If so, why’d he look cool as a cucumber when she found him? Also: Who’s already on board with the Vermont With Fitz sequel series?

23 | Is there a less probable Taylor Swift fan than The Big Bang Theory‘s Sheldon? And for those of you who kept track at home, how did you score on the Raj-taunting game, Emily or Cinnamon?

24 | Is there a less likeable current sitcom character than Mom‘s Lorraine (played by Beverly D’Angelo)?

25 | Did Randy Jackson actually have the nerve to appear on Wendy Williams‘ 1,000th episode and reminisce that American Idol‘s Mariah Carey-Nicki Minaj pairing failed because a reality-show judging panel simply can’t support two females? And regarding his, “We’ve never had [two women] on Idol” follow-up, did he forget the cycles that paired Paula Abdul and Kara Dioguardi, and then Dioguardi and Ellen DeGeneres, without any girlfights?