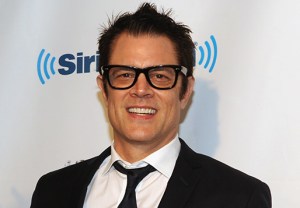 ABC on Friday night ordered a whopping seven comedy pilots, including the real-life story of a young Johnny Knoxville, an NBA rookie with translation issues and three couples who (shockingly) are staying married in America.

The projects are as follows:

UNTITLED JOHNNY KNOXVILLE PILOT | Courtesy of narration from the man himself, Johnny Knoxville recalls life growing up in the “outlaw culture” of Knoxville, Tenn., and how it shaped him into one of the most notorious pranksters of our time. Written by Victor Fresco (Better Off Ted).

DELORES & JERMAINE | Based on comedian Jermaine Fowler’s real-life experience, this comedy finds lazy-yet-inventive millennial Jermaine moving in with his strict, football-obsessed grandmother, who also happens to be a former cop. Fowler will co-write with Daniel Chun (Trophy Wife, The Simpsons).

UNTITLED NBA PROJECT | A non-English speaking rookie player and his non-basketball speaking translator must work together to navigate life in the NBA.

THE 46 PERCENTERS | Three couples who have chosen to stay married — unlike the 54 percent of American couples that have divorced — share their unique stories.

THE KING OF 7B | After seeing (who he believe to be) his soulmate across the street, noted recluse Prentiss Porter decides to leave his apartment for the first time in 20 years. The Neighbors‘ Dan Fogelman will executive-produce.

UNTITLED JUDAH MILLER PROJECT | A Broadway starlet and her brainiac husband are thrust into the world of youth sports when they find themselves with an athletically gifted son. Judah Miller (Playing House) is on board to exec-produce.

THE BRAINY BUNCH | When Kip Mitchell returns home from the military and becomes a stay-at-h0me dad, he quickly realizes that he and wife Mona Lisa might have raised their kids to be too smart — and completely socially inept.