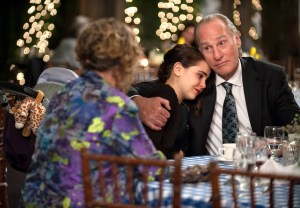 Calling all Parenthood fans who wanted Thursday’s series finale to just keep going: Creator Jason Katims is right there with you.

“It’s a big episode, and there was a lot of story to tell,” Katims said of the swan song. “We had to make several really brutal cuts in order to get the show to time, and that’s even with the network giving us some extra screen time, which was wonderful.”

Among the scenes that ended up on the cutting room floor: a sweet sequence between John Corbett’s Seth and his newborn grandson, as well as the meet-cute between Amber and her eventual husband (played, all-too-briefly, by Friday Night Lights alum Scott Porter in an episode-ending montage).

Still, even without those scenes — which Katims hopes will be part of the final season’s DVD set — viewers did receive a comprehensive, and rather satisfying, wrap-up to the Bravermans’ time on screen. 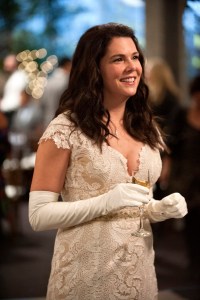 The entire family came together for Sarah’s marriage to Hank, which Max got to photograph (shortly before hitting it off with a lovely girl who doesn’t call him “Asperger’s”). Joel and Julia decided to adopt Victor’s newborn biological sister, and Adam took over Chambers Academy, leaving Crosby and Amber to breathe new life into The Luncheonette.

Sadly, Zeek succumbed to his failing heart, though the moment of his death happened off-screen before Camille found him, passed away, in his armchair. Per Zeek’s wishes, his ashes were sprinkled on the baseball field, and a series of flash-forwards showed the Bravermans years into the future. Some of the highlights: Joel and Julia with four kids, Crosby and Jasmine with a third on the way and Adam handing Max his diploma from Chambers Academy. (If you need to pause to dab at your eyes, we totally understand.)

Below, Katims reveals to TVLine the decision behind that final montage, how Porter’s fleeting cameo came to be and whether or not he would have done anything differently.

TVLINE | How early on did you decide you wanted to end this way — not just with Zeek’s death, but with the whole family essentially getting their happy ending?
When we knew the show was going to be in its final season, we decided that the story with Zeek would be the central story of the season. We decided that from the first day in the writers’ room, and we didn’t waver from that. When we started breaking specifically what those last few episodes would look like, I kept being bothered by the fact that the series would end with somebody dying. It didn’t feel like that represented what the end of the show should look like. This is ultimately an uplifting show, and it’s about this family coming together. We didn’t want to give the audience a fairytale ending, and we wanted the story of Zeek dying. But that’s when the idea of the flash-forwards came up. By juxtaposing the death against the family continuing to expand and thrive, that would give it the music of life. It was kind of inspired by the end of Friday Night Lights. In the final episode, we did flash-forwards to all of our characters and where they ended up. 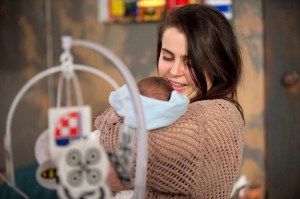 TVLINE | How did that come about? Did you come up with a backstory for how he and Amber would have met?
We had this idea that we wanted to see Amber down the road a few years. The original thought I had was actually to shoot the scene of the first time the two of them saw each other. That would be when they were both playing with their kids on the playground, and he’s a single dad and she’s a single mom. We actually shot a version of that scene but weren’t able to use it for time. And then the other scene is the one that’s in there, where you see that Sarah and Hank sort of have this extended family.

We reached out to Scott, and we wanted a special actor to do it, but it was tricky getting a special actor when somebody’s coming in to do a scene with no lines. [Laughs] But I knew Scott, and we obviously had the connection from Friday Night Lights, and I happened to know that he was a fan of Parenthood. We wanted someone who could come in and, right away, feel like they were part of the family, because we didn’t have time for that relationship to grow. And he came in to do it, and it was magic.

TVLINE | There was also a scene with John Corbett that was cut. Was that purely for time, or did you not feel like it fit with the final episode’s story?
We had this scene where Seth comes back and has a moment with his grandson, and you can tell he’s really going to try to be there for him. And in that same scene, he acknowledges Sarah getting married and moving on. It was a really nice moment, and it was painful to cut it. But unfortunately, we were in a situation where we didn’t have a choice.

TVLINE | A huge moment in the final montage was seeing that Joel and Julia end up with four kids. Given where they started this season, how did you approach writing their endgame?
The reconciling really came over the entire season, and it was not a simple reconciliation. But there were so many moments of them building toward this reconciliation that, by the time we get to the two of them deciding to be together — which in my mind, was the episode that ends at the ice-skating rink — I felt like we’d earned the two of them being back together. That scene in the finale between Joel and Julia on the dance floor, when they decide to adopt a child — that one always hits me as a very emotional scene. I think it’s because it speaks to what a deep connection the two of them feel with each other. Even though they know they’ve just gotten back together, there’s an inevitability and a certain level of fate involved with this. The unexpected nature of it; I was really drawn to that. 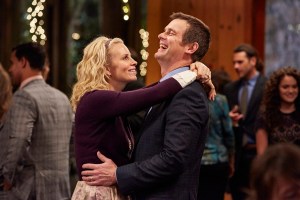 The idea of the fourth child in the flash forward — a lot of people, as they go through the adoption process, it’s a long and drawn-out process. And then by the time the adoption goes through, they find out they’re pregnant. [Laughs] I feel like I’ve heard that story enough, and in my mind, that fourth child was a child they unexpectedly conceived. And now, they’re a family with four children, which is like the family that Julia grew up in, like the family we’ve been observing all this time.

TVLINE | Because the show has been such a realistic portrayal of families, were you ever tempted to end on a note that wasn’t as warm and fuzzy?
No, because the end of the show was about Zeek dying. I felt like the montage really served as a juxtaposition to that. We have this beloved character who was the patriarch of this family who we’re losing. To me, the thesis statement of that montage afterwards reminded me of the thesis statement of the whole show: No matter what curveballs are thrown at you in life, your family helps you get through it. To me, the spirit of that montage was really about seeing this family continue to grow and expand and thrive in different, and sometimes unexpected, ways. Because the whole thing was set in motion by a death, it didn’t seem appropriate to have that montage be about the difficult times. It seemed to suggest more celebratory times.

Parenthood fans, were you pleased with the series finale? Grade the episode via our poll below, then hit the comments to back up your choice! 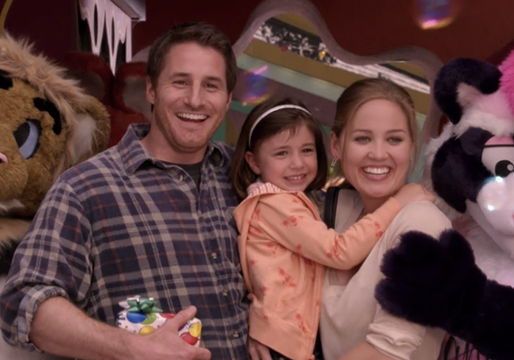