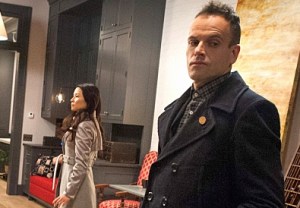 Although Kitty didn’t kill her tormentor Del Gruner (guest star Stuart Townsend) after capturing him, she did leave him badly scarred. Captain Gregson made it clear that he would have to track down the culprit of the crime, even if it was a name he knew, leaving Kitty no choice but to flee New York City.

“Do you know what I haven’t said to anyone in a really long time? I love you. Isn’t that the saddest thing?” she said before quickly hanging up on Sherlock. 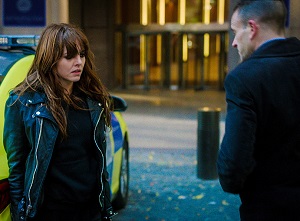 With her arc wrapped up, “We’re going to miss Kitty as much as Sherlock and Joan will,” Doherty says in a statement. “But with her departure, it’s time to turn the page to the next chapter for Sherlock and Joan.”

While the former partners will “drift back to a familiar arrangement, they find that they’ve changed,” the EP continues.

Their professional relationship “has to evolve… and it has to evolve quickly because old foes and new cases will be coming at them before they’re ready,” Doherty teases. “Periods of transition are tricky, dangerous times.”

Elementary fans, what did you think of Kitty’s farewell episode? Which old foes do you suppose are coming back?