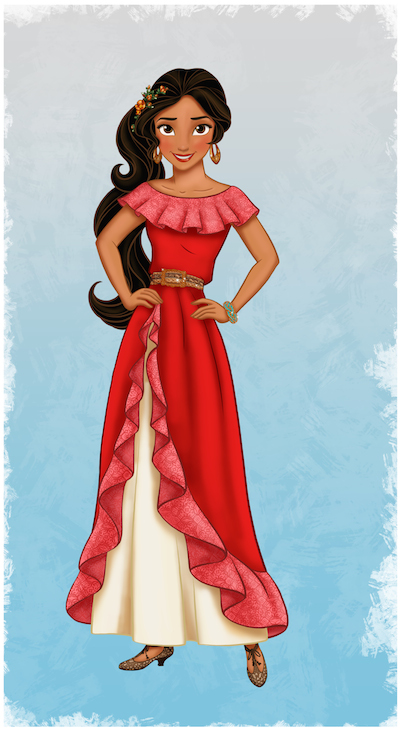 Disney Junior’s hit animated series Sofia the First will introduce Elena of Avalor, a 16-year-old princess who hails from a kingdom inspired by diverse Latin cultures and folklore — and then will be spun off into her own series, it was announced Thursday.

Aimee Carrero of ABC Family’s Young & Hungry will voice Elena, who makes her Sofia debut in 2016.

“What excites us most,” Disney Junior Worldwide EVP Nancy Kanter said in a statement, “is the chance to use distinctive animation and visual design to tell wonderful stories influenced by culture and traditions that are familiar to the worldwide population of Hispanic and Latino families and reflect the interests and aspirations of all children as told through a classic fairy tale.”

Princess Elena’s fairytale tale, simply told: In the course of protecting her family from the evil sorceress Shuriki, Elena was pulled into and imprisoned inside an enchanted amulet. Decades later, Princess Sofia discovers the truth about the amulet she has worn since joining her own royal family and sets out to restore Elena to human form and help her return to Avalor. There, Elena’s magical sidekicks will include Mateo, a wizard-in-training, and Skylar, a flying creature.

The spinoff Elena of Avalor, premiering in 2016, will be presented in 25 languages on Disney Junior channels and daily programming blocks for kids age 2-7 on Disney Channels, among other platforms, in 154 countries around the world.