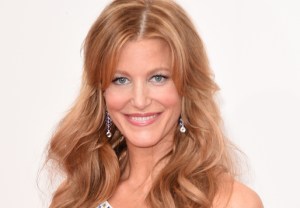 The two-time Emmy winner will star opposite Gary Sinise (CSI: NY) and Tyler James Williams (The Walking Dead) as Ally Lambert, an international law expert and talented linguist. An indispensable part of the BAU team, she makes sure that bad guys worldwide don’t slip through the murky waters of international law.

The potential spinoff, penned by Criminal Minds showrunner Erica Messer and following a globe-trotting BAU team that tends to Americans in crisis abroad, will be filmed in February as an episode of the original series to air this spring.

Since wrapping her Breaking Bad run, Gunn has guested on The Mindy Project and starred opposite David Tennant on Fox’s one-and-done Broadchurch adaptation, Gracepoint.