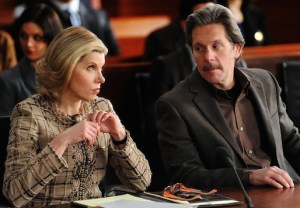 Gary Cole is heading back to The Good Wife for a springtime story arc, TVLine has learned exclusively.

How has that marriage withstood all the workplace drama Diane has weathered since? Find out when Cole puts in his first appearance in a March episode.