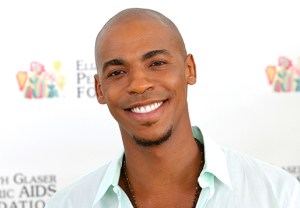 Extra, extra, read all about it: CBS’ Supergirl has snapped up Desperate Housewives vet Mehcad Brooks to play the classic role of shutterbug Jimmy Olsen, TVLine has learned.

Supergirl‘s version of Jimmy is described as a smart, worldly photographer for CatCo, the media company where Kara — played by Glee‘s Melissa Benoist — works. He has recently been living and working in National City, though the reason is still a secret, and his salt-of-the-earth nature quickly piques Kara’s interest.

Other Supergirl roles still to be cast include Kara’s science-minded foster sister, Alex; Cat Grant, the CEO of CatCo; CatCo colleague Wynn Schott; and Hank Henshaw, the Supergirl-obsessed director of the the DEO (Department of Extra-Normal Operations).

The Supergirl pilot was penned by Ali Adler (No Ordinary Family) and Greg Berlanti (Arrow), both of whom will exec-produce the series alongside Sarah Schechter (of Berlanti Productions) and Warner Bros. TV.

Your thoughts on the latest Supergirl casting? Drop ’em in the comments section below.