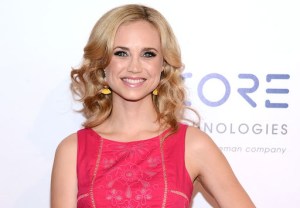 New Girl has gone to the dogs (for its latest casting, that is): Wilfred‘s Fiona Gubelmann will appear in an upcoming episode, TVLine has learned exclusively.

The actress will play a mourner named Val whom Jess, Coach and Cece meet at a funeral for one of Coach’s gym buddies.

In addition to Wilfred, Gubelmann’s TV credits include Modern Family, We Are Men and Key & Peele.