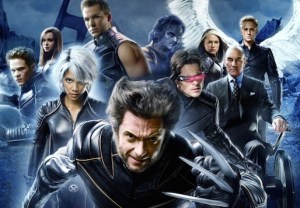 X-Factor may be a part of Fox’s future, minus any singing and plus lotsa mutants.

Fox entertainment chairman Gary Newman confirms for TV Insider (aka TV Guide Magazine‘s new website) that the network is developing an X-Men TV series — no easy feat, given that while 20th Century Fox has film rights to the specially abled characters, any live-action TV project requires the blessing of Marvel, which is based out of ABC parent Disney.

“We’re cautiously optimistic, we had a good meeting with them,” Newman told the site, noting that any possible X-Men show “will not be on a fast track creatively.” Rather, it’d bow during the 2016-17 TV season at earliest.

Because of the delicate particulars involved, “This is just the deal,” Newman noted. “[N]ow we have to find the creative.”

How would you bring live-action X-Men to the small screen?