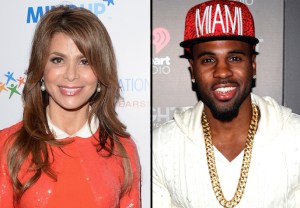 The promise of a new day — or at least the woman who scored a big hit with that catchphrase — is officially coming to So You Think You Can Dance.

More unexpected was the network’s announcement that R&B star Jason Derulo — who served as a guest judge on the show last summer — will sit alongside Abdul and executive producer/head judge Nigel Lythgoe when SYTYCD returns to the air in May with a “Stage Dancers Vs. Street Dancers” twist.

“With the new and exciting format comes a new and exciting panel of judges,” Lythgoe said in a release. “Paula is an incredible artist and she brings the perfect combination of expertise and heart to the panel. Jason’s insight, humor and creativity will add a new perspective to the panel that we haven’t had before.”

Abdul famously served as a judge on American Idol from its debut all the way through Season 8 — and later judged Fox’s The X Factor, shepherded her own short-lived competition series, Live to Dance, and guested on SYTYCD.

Abdul and Derulo’s hiring comes on the heels of original SYTYCD judge Mary Murphy announcing her option had not been picked up for the show’s upcoming season.

Are you excited by Derulo and Abdul’s addition to the SYTYCD team —or did their prior stints as guest judges leave you less than impressed? Sound off below!