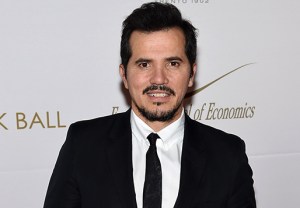 CBS is putting John Leguizamo in the driver’s seat.

The Emmy winner has been tapped to star in Taxi-22, a single-camera comedy pilot based on a popular French Canadian series, our sister site Deadline reports.

As the title suggests, Leguizamo will play a New York City cab driver — and a “politically incorrect” one at that.

If this project sounds familiar to you, it’s because the late James Gandolfini had been trying to develop it for years, originally at HBO. At one time, the Sopranos actor was even loosely attached to star in it.

Taxi-22 will be executive-produced by Dennis Erdman, Clark Peterson, Patrick Huard (who starred and created the original series), François Flamand, Nancy Sanders and Mark Armstrong. Gandolfini will also be posthumously credited as an executive producer in the pilot and the series’ potential first season.