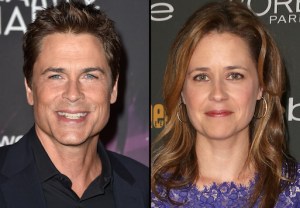 What if Revolution was funnier?

NBC is poised to answer that question, having given a green light to Apocalypse, an hour-long dramedy about the last days of mankind and starring Rob Lowe (Parks and Recreation), Jenna Fischer (in her first major TV role since The Office) and two-time Emmy winner Megan Mullally (Will & Grace).

Set against a backdrop of apocalyptic chaos, Apocalypse follows an extended family whose lives start to intersect in the 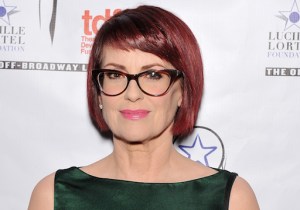 most unexpected ways after news breaks that a comet is on a collision course with Earth.

Characters include a foul-mouthed priest (to be played by Lowe), an unhinged white supremacist, a meek bank manager, a germ-phobic cyber-terrorist, a five-star general and a child who (possibly) rose from the dead.

“This is an out-of-the-box and wholly original project that offers just the right combination of both high drama and humor,” NBC Entertainment president Jennifer Salke said in a statement. “With a stellar cast that includes Rob Lowe, Megan Mullally, Jenna Fischer and Mathew Baynton (The Wrong Mans) — all four who know how to expertly balance those lines — we’re ready to dive into the Apocalypse.”

A 10-episode co-production with Sky TV, Apocalypse is written by Iain Hollands (Beaver Falls), with the first episodes directed by Michael Engler (30 Rock).