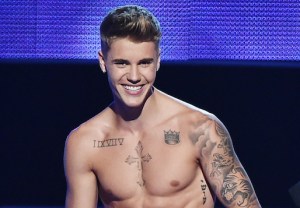 Because seeing his name land in myriad unflattering headlines apparently isn’t getting the message across, Justin Bieber is due to be formally roasted, on TV.

The Comedy Central Roast of Justin Bieber will tape in Los Angeles on a date TBA, the cabler announced on Tuesday, with an airdate to be set shortly.

“Justin has been asking us for a few years to roast him, and we just kept telling him to go create more source material first,” Comedy Central president Kent Alterman said in a statement. “We’re thrilled he listened.”

Now if you’ll excuse me, I’m off to set up a Kickstarter to get Selena Gomez to participate….