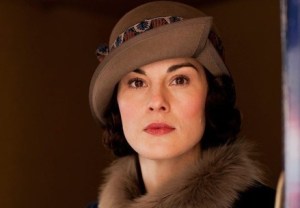 Like Anakin Skywalker before her, Lady Mary fell prey to the Dark Side on Sunday’s Downton Abbey — at least that’s what the Dowager Countess feared after that nosy Spratt spotted Mary and Tony exiting a hotel together.

I’m actually surprised the D.C. wasn’t more outraged by Mary’s behavior. She seemed to pretty OK with the situation after being assured that Tony wanted to marry her — and that there was no chance of an unfortunate “epilogue.” (Such euphemisms!)

Anyway, the sex must have been real bad with Tony because, by the end of their trip, Mary decided she was “un-settled” on the idea of having him as her next husband. (And with the return of Charles Blake in next week’s episode, the Mary-Tony union is feeling less likely as the season marches on.)

‘GRANNY HAS A PAST’ | Then again, maybe the D.C. should be reminded not to throw stones in glass houses. When a group of Russians visited the abbey this week — Rose invited them for a tea, which Miss Bunting nearly ruined by being the absolute worst — one of the guests, Prince Kuragin, was revealed to be an old flame from the Dowager’s past in Saint Petersburg! I might be getting ahead of myself, but I’d be so down for a royal wedding by season’s end. I see the Dowager in something classic and tasteful, but also with a plunging neckline. 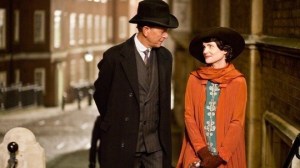 THREE’S A CROWD | Speaking of scandals, Cora sort of forgot to pass along Robert’s note to Simon Bricker about not flirting with her (oops!), and after a day at the museum riddled with sexual tension, Simon came real close to doing mouth stuff. I was actually kind of surprised (and relieved) that he didn’t, but not as surprised as Cora was to find Robert waiting for her at Rosamund’s place looking all kinds of fancy. The conversation got heated, things were said that shouldn’t have been said and now I’m pretty convinced Cora’s going to cheat.

TUG O’ BABY | Edith’s plan for a full-time reunion with Marigold faced a pretty major setback this week when Margie made Tim tell Edith she wasn’t allowed to visit her daughter — or “goddaughter” — anymore. Edith was understandably crushed, quickly running home and heading straight upstairs, where I assume she set several more fires.

Other things that happened (and may or may not matter):
* Daisy is really good at math.
* Thomas is making sketchy phone calls. (His dad’s not really sick, right?)
* Bates fared well in his interrogation with the police, but Anna’s still tweaking out.
* Mrs. Patmore’s nephew isn’t being included in a war memorial or something.

“In my day, a lady was incapable of feeling physical attraction until she’d been instructed to do so by her mama.” — the Dowager to Lady Mary

Isobel: “You can’t begrudge him for it. Servants are human beings too.”
Dowager Countess.: “Yes, but preferably only on their days off.”

All right, time to weigh in: Are you still holding out hope for Mary and Tony? What do you think the D.C. got up to with this prince? And is Cora going to be able to keep resisting Simon’s advances? Drop a comment with your thoughts below.