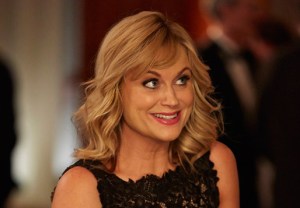 Parks and Recreation fans, here’s a fun fact for you: Jim O’Heir, who portrays Jerry/Gary/Larry/Terry on the beloved NBC comedy, initially auditioned for the role of Ron Swanson.

Your minds were just blown, right?

After six full seasons — and a seventh that began last Tuesday — it’s hard to imagine anyone but Nick Offerman portraying the manliest Parks role of all. And according to star Amy Poehler, that’s because the show’s characters have become like old friends.

“The characters are ones that viewers have really grown to love and care about,” Poehler said Friday at the Television Critics Association press tour, when asked about the lasting effects of Parks.

That only begs one question: With such a devoted fanbase, why end the series at all? 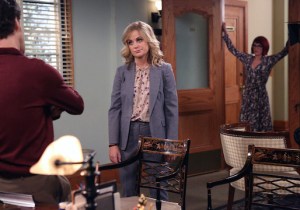 According to showrunner Mike Schur, he began to feel in the middle of Season 6 like “there’s one more year, and I feel like it’s a short year. That’s what we felt in our guts was the right move, creatively.”

With the end of Parks swiftly approaching — its hourlong series finale airs Feb. 24 — Schur and the cast previewed what viewers can expect in the final episodes.

“There are some real nostalgic story lines where, for various reasons, a lot of people in the town of Pawnee will come back at once,” Schur said. “But the goal is to always have the story stand on its own. We want to do a half-hour of comedy that’s relatable.”

Schur also noted that, even though some of Parks‘ secondary characters will bid Pawnee adieu before the series ender, “the last moments of the show are everybody in the same place at the same time.”

Speaking of keeping the entire ensemble together, the cast emphasized that they never thought to leave Parks, even when other projects may have called them away.

And yes, that includes Chris Pratt.

“That was never a possibility,” Pratt said of leaving the show for his flourishing movie career. “I would never f—king ever leave this show. The things that really matter about what you’re doing are the relationships you have while you’re doing it. I hope I can have the good fortune of finding another group of people like this, but I don’t expect that I ever will.”

Sufficiently misty-eyed? Check out a special trailer for Parks‘ final season below, then hit the comments with your hopes for the finale!