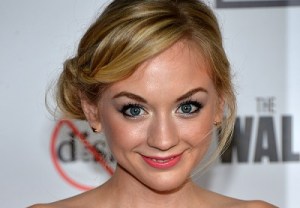 The actress will guest-star on the ABC drama as a woman who “develops an unhealthy obsession with a murder victim,” executive producer Matt Miller tells TVLine.

“It was an NYU student who was taking a class in unusual psychology, and what happens is we go to talk to her teacher [and] realize the teacher was Hilarie Burton,” the EP previews. “So Henry is constantly trying to insinuate her back into the case and ask her expert opinion.”

* Devon Graye (teenage Dexter) will guest-star on The Flash as Axel, a young copycat of Mark Hamill’s Trickster, ComicBook.com reports.

* USA Network has unveiled a new trailer for its upcoming drama series Complications, premiering this summer. Jason O’Mara (Life on Mars) stars as a suburban ER doctor who finds his existence transformed when he intervenes in a drive-by shooting and saves a boy’s life — something that a local gang very much would rather he not have done. The cast also includes Jessica Szohr (Gossip Girl).