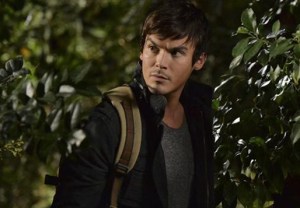 Tuesday’s Pretty Little Liars brought an old saying to mind: “If you can’t stand the heat, get out of the kiln in which you’re trying to melt a murder weapon that could be used to put you in jail.”

OK, that might not be the exact saying, but it’s certainly applicable to Caleb’s situation this week after he and Spencer disposed of a knife that Officer Toby found in Mona’s backyard.

Unsurprisingly, Rosewood’s finest rookie wasn’t thrilled that his girlfriend and best friend acted behind his back, resulting in a massive fight that ended with Spencer standing alone. On the streets. In tears. (Break our Spoby-shipping hearts, why don’t ya, ABC Family?)

A MONTGOMERY MELTDOWN | It’s a good thing no one told Aria about the knife Toby found because, after being rejected from every college she applied to, there’s a pretty good chance she’d use it on herself. In fact, her mind has become so warped by stress that she actually wrote an essay to one of a college admissions office — run by Ezra’s ex-girlfriend Jackie, naturally — explaining how much she regretted getting involved with an older man, as it robbed her of so many opportunities. Jackie promised Aria that she wouldn’t share the letter with Ezra, but come on, since when did we start trusting Jackie? Then again, she might not be the real threat; that new chef Ezra hired seems like she knows her way around more than just a kitchen. 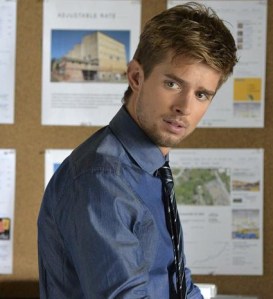 #JASHLEY?! | Speaking of unusual couples, am I the only person who had to fight the urge to stand up and cheer with Jason started kissing Hanna’s mom? Sure, it came out of absolutely nowhere, but that’s just the kind of crazy shake-up PLL does so well. Hanna coming home early from her college weekend, only to see Jason buttoning up his shirt on his way downstairs, was merely the icing on this already delicious cake. Any guesses as to what Hanna — and “A,” for that matter — is going to do with this information?

THE IN(SIDE) CROWD | We were also given a peek into Alison’s life behind bars, which is basically a weird combination of Orange Is the New Black and Legally Blonde. Ali pleaded with Toby to help get her out by having him recall his own stint in juvie, but her plan backfired when he remembered that she was the one who helped put him there. (Oh, Alison, you’re really not as smart as you think you are.)

So… Who do you think is helping Alison from the outside? What’s your take on the Ashley-Jason hookup? And how long will it take for Jackie — or “A” — to share Aria’s letter with Ezra? Drop a comment with your thoughts below.