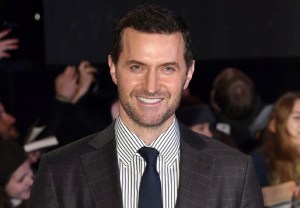 Richard Armitage has found a role into which he can really sink his teeth.

The Hobbit actor will join NBC’s Hannibal in Season 3 in the terrifying role of Francis Dolarhyde (aka The Tooth Fairy). The main villian of Thomas Harris’ Red Dragon, one book in the series on which Hannibal is based, the hulking Dolarhyde is a serial killer with a set of chompers that would make the Big Bad Wolf a little envious — and a penchant for targeting entire households for slaughter.

Last month, the role of sociopathic Mason Verger was recast — with Joe Anderson (The Divide) stepping in for Michael Pitt (Boardwalk Empire). Gillian Anderson was also upgraded to series regular as the mysterious Bedelia du Maurier in advance of Hannibal‘s third season.

Hannibal will return to NBC’s schedule at midseason.

Excited about a visit from The Tooth Fairy? Is Armitage the right man for the job? Sound off in the comments!