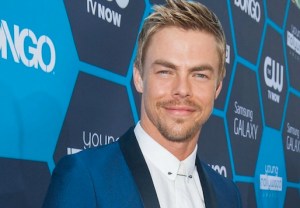 Good and bad news for Derek Hough fans: The ballroom wonder will be dancing with stars this spring — just not on Dancing With the Stars.

The timing of the Harvey Weinstein-produced show means Hough won’t compete in Season 20 of DWTS.

According to People.com, Hough’s new role is Jack, “a man with a special mission who will receive an eternal reward if he’s able to help a man named Bernie keep his position as a New York City tour guide. Bernie’s job is in jeopardy when Jenna (Benanti) reveals her plan to take the tour company ‘virtual.'”

Will you miss Derek in Season 20 — or do you feel like will his absence open up the playing field for a different pro to shine? Sound off in the comments!