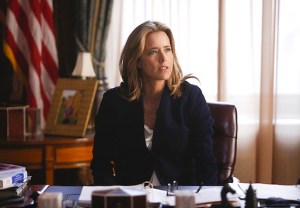 “These freshman dramas have each made a big impact on key nights of the week,” said Nina Tassler, Chairman, CBS Entertainment, in a statement. “Creatively distinctive, the series are backed by strong showrunners with amazingly talented casts, and have resonated with a big, broad audience.”

They jury’s still out on fellow freshman entry Stalker.