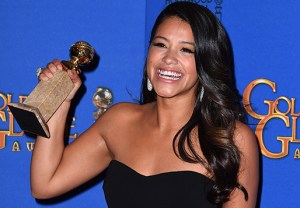 Rodriguez’s win was a first for the network, which the actress noted had experienced heavy love from critics since the beginning of the season.

“We were bound for success, because the critics had my back. [The CW has] given me a place to fly, and I’m going to do everything I can to repay them for that,” she said.

“The win meant everything,” she added, noting that Jane portrays Latino culture in a “beautiful light” and that the series’ ripple effect is “needed, especially in a time when we have a society that is so diverse and so beautiful and so human.”

She added: “We need to remember that we all have the same stories, and see it as such.”