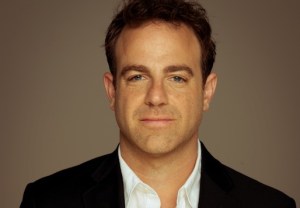 Adelstein will guest-star on the Feb. 4 episode of NBC’s long-running procedural, TVLine has confirmed.

The actor, currently starring opposite Lisa Edelstein in Girlfriends’ Guide to Divorce on Bravo and recurring as Scandal spinmeister Leo, will play the uncle of an SVU rape victim. The episode is titled “Decaying Morality.”

The appearance actually will be a return to the series: Adelstein had a role in a Season 4 episode called “Mercy.”

Adelstein tweeted a photo of himself on set Tuesday…

… and promptly was answered by SVU show runner Warren Leight.

@adelsteinPaul pretty as a picture. Glad you're on our stages, Doctor