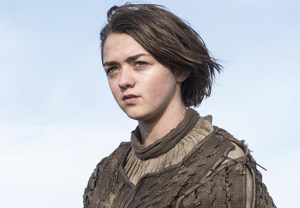 Want a sneak peek at Season 5 of Game of Thrones? You’ll have to go to the movies to get it.

Two Season 4 episodes of the hit HBO series will screen in IMAX theaters, followed by the world-wide debut of a trailer for the new season, beginning on Jan. 23.

The one-week engagement ends on Jan. 29. Screening and ticket info, including participating theaters, will be available in the coming days at www.imax.com.

* Hawaii Five-0‘s Daniel Dae Kim will make his directorial debut with an episode of the CBS drama airing this winter, EW.com reports.

* Syfy has made the first nine minutes of its new series 12 Monkeys available ahead of its Jan. 16 premiere. Watch a time traveler played by Aaron Stanford (Nikita) go back decades to enlist the help of a scientist (played by Suits‘ Amanda Schull) in stopping a deadly plague.