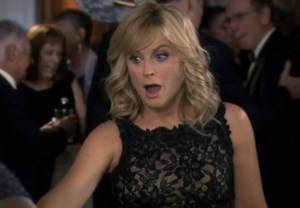 Not ready to say goodbye to Parks and Recreation? Neither are its stars.

TVLine has an exclusive preview of the NBC comedy’s final season, and even the stoic Nick Offerman is getting nostalgic about his seven years on the show.

“This show has been a great gift in our lives,” Offerman says of the series (sniff!) while Aubrey Plaza agrees that the cast members “all really love each other.”

And when the video below isn’t yanking on your heartstrings, it offers a glimpse at Parks‘ swan song, which Amy Poehler calls “fun” and “goofy.” Judging by a pantsless Andy and the return of Megan Mullally’s Tammy, we’re inclined to agree.

Parks and Rec returns Tuesday, Jan. 13 at 8/7c, with back-to-back episodes airing every week until the Feb. 24 series finale.

Press PLAY on the video below for an exclusive sneak peek, then hit the comments with your hopes for Season 7!