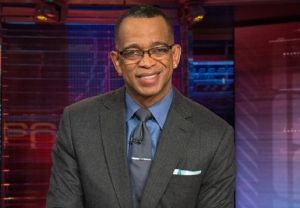 Scott joined ESPN in 1993, and did some of his first on-camera work as part of ESPN2’s SportsSmash segments. When Keith Olbermann moved from SportsNight to SportsCenter, Scott succeeded him in the anchor chair.

“He was like a ball of fire walking in the door,” ESPN SVP Mark Gross recalls of Scott’s arrival. “I had never met anybody like Stuart Scott.”

Scott — whose contributions also included Monday Night Countdown and NBA coverage for ABC — coined many a catchphrase during his 21-year run, including his trademark “Boo-Yah!” and “As cool as the other side of the pillow.”

At this summer’s ESPYS awards ceremony, in accepting the Jimmy V Award for Perseverance on the heels of another round of cancer surgery, Scott shared: “When you die, it does not mean that you lose to cancer. You beat cancer by how you live, why you live, and in the manner in which you live.”