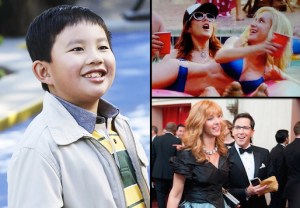 We’ve got questions, and you’ve (maybe) got answers! With another week of TV gone by, we’re lobbing queries left and right about shows including The Comeback, The Mentalist, The Librarians, Major Crimes, Benched, New Year’s Eve specials and more!

1 | In The Comeback‘s Emmy-themed finale, why were there only five (versus the standard six) nominees in Valerie’s category? And at what point in finale did you start your weeping? (Our tears began when Valerie checked her phone in the lobby.) Also, wasn’t Val’s gown a definite “10 Best”?

2 | What’s your theory on “whatever” it is The Librarians’ Jenkins and Dulaque once used to be? Lovers, or…?

3 | On The Mentalist, would the FBI really have elected to expend valuable resources to poke around a solved — and politically volatile — murder case, purely based on Jane’s (admittedly reliable) “instincts”? 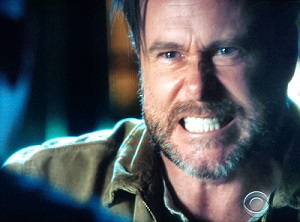 4 | After a string of slight TV-movies and myriad reality shows with wife Tori, did Dean McDermott impress you with his CSI turn as a se‎x offender/murder suspect?

5 | Let’s be cynical for a moment: At this point, at least some Undercover Boss underlings have to be wise to the jig and thus are sure to spill a sob story to the camera crew-followed “trainee,” right?

6 | Did that “I love you” between Mike & Molly’s Carl and Victoria make you a bit misty-eyed? #Carltoria

7 | On Major Crimes, was the murderer’s confession/rationale for killing his special needs child A) ghoulish, B) loathsome, C) reprehensibly selfish or D) All of the above?

8 | Why did USA Network burn off It Takes a Choir — based on the inspiring, emotional BBC series The Choir — during a random weekday marathon?

9 | Did the last Selfie ever (streaming on Hulu) bring on the feels with that ending montage? And are you kind of hating yourself for rooting for Freddy and Eliza after their sweet final scene? 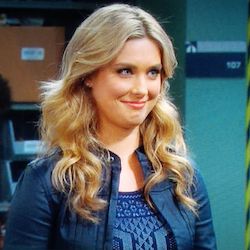 10 | We know Ground Floor is a sitcom, but wouldn’t Harvard’s creepy behavior warrant a talking-to from HR? And have they been overdressing Jenny this season, thus diminishing the upstairs/downstairs conceit? Also: Odd/disappointing that they didn’t give Briga Heelan a wink-wink scene with Undateable costar Brent “Baby Bird” Morin?

11 | Did seeing young Albert Tsai crack wise on Benched make you miss Trophy Wife all over again? And how funny was it to hear Community’s gentle Shirley (that is, guest star Yvette Nicole Brown) let loose with some cable-TV cusses, as a records room clerk?

12 | Were Today hosts Al Roker and Hoda Kotb — who are normally based out of New York — serious when complaining about the “cold” while narrating California’s Tournament of Roses Parade? 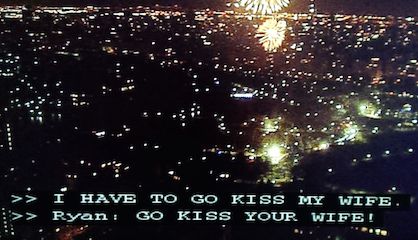 13 | Possibly the strangest out-of-context closed captioning from ABC’s New Year’s Rockin’ Eve special? Also, following her performance in frigid NYC, will there ever be an occasion when Taylor Swift doesn’t bare her midriff? And is there something admittedly sweet about how Jenny McCarthy met future husband Donnie Wahlberg during a previous telecast?

14 | As wordplay goes, does that Internet service provider’s “half-fast” ad campaign make you giggle just a bit every time? 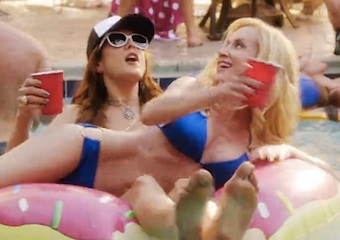 about Angela Kinsey’s abs?‎ No wonder her Bad Judge divorcee had a 24-year-old bartender chasing after her!

16 | Were we asleep (or had stopped watching) when A to Z tweaked Katey Sagal’s “They will date for….” intro to reflect the show’s abbreviated run?

17 | No one is disputing Todd Blackledge’s claim that Alabama punter JK Scott is a “tall drink of water,” but was ESPN’s coverage of the Sugar Bowl really the appropriate venue for the commentator to declare his crush on the athlete?