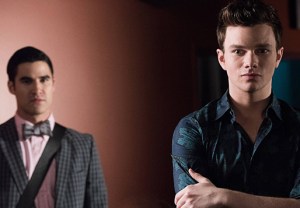 Glee‘s sixth (and final) season is packed with shocking breakups, long-overdue makeups and plenty of shakeups — and that’s just in the first two hours.

TVLine got an early look at the Fox comedy’s Jan. 9 return (8/7c), and we’ve got 10 spoiler-y nuggets to help tide you over until the final season begins.

1. Rachel’s flop of a TV career isn’t the only crushing disappointment she experiences.

2. One couple will go from rock-solid to on-the-rocks within the first 10 minutes — and possibly stay that way.

3. The gang stages an intervention for a struggling friend.

5. The surprising nature of Karofsky’s return will elicit strong reactions from longtime fans. (For example: “What the [insert expletive of choice here]?!”) 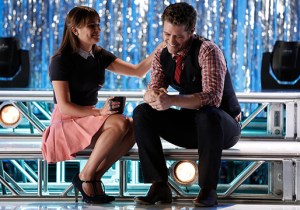 6. One of Rachel’s biggest haters returns… slushie in hand.

7. Finn gets a heartwarming — or heartbreaking, depending on how you see it — mention, courtesy of Mr. Schue.

8. The Unholy Trinity reunites in a big, some might say “Problem”atic, way.

9. One of the former newbies — think Marley-era — crawls out of the woodwork for an ugly confrontation.

10. At least three characters bawl their eyes out over the course Season 6’s first two hours.

All right, Gleeks, it’s time to weigh in: What are you hoping to see in Glee‘s final season? Drop a comment with your fears and theories below.