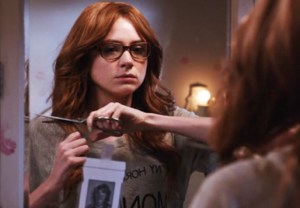 Eliza Dooley’s hair game may be on point, but as we rediscovered at the top of Tuesday’s Selfie series finale, she’s still striking out in the self-confidence department.

Naturally, Henry was quick to swoop in and suggest that Eliza find a role model to set her on the right path. After turning down Joan — whose best life advice was, “You can never have too much bath tissue” — and getting a hard “pass!” from Charmonique, Eliza shifted her focus to an unlikely third option: Corynn McWaters, the mean girl who made Eliza’s tween years a living hell.

But when it was revealed that Corynn, now a best-selling author, had adopted Eliza’s own tragic backstory as her own to sell more books, Eliza realized that her true role model… is herself. More specifically, it’s her 12-year-old “butt” self, who would be pretty happy with Eliza’s present-day success and happiness (not to mention her relationship with Freddy, because come. on.)

Meanwhile, Henry confronted his own sketchy past — he used to lie about being good at skateboarding — with a trip to the local skate park, which ended… well, like this: 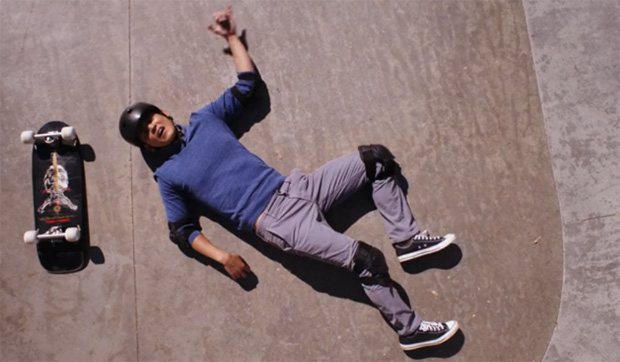 Fortunately, his epic wipeout wasn’t totally in vain; Henry’s brush with death led him to adapt a new “no fear” motto, which he promised to invoke upon his next encounter with a naked Eliza. “Next time, I’ll be ready.”

Unfortunately, there won’t be a next time, as this was Selfie‘s final (half) hour. And while the series didn’t get the kind of closure fans might have wanted, you can’t say it didn’t end on a hopeful note.

OK, time to weigh in on Selfie‘s big finale: Are you cool with the way things ended? Did the closing montage — along with Henry calling Eliza “cool” — send you into an emotional tizzy? Watch the episode below, grade it and drop a comment with your full review.