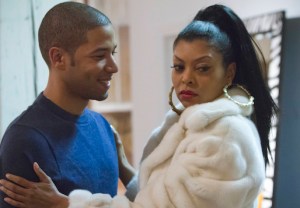 The broadcast and cable networks have more than two dozen shows debuting this winter/spring, including the tale of the brave knight Galavant, a new take on an Odd Couple and a brain-craving iZombie. To help you prep for it all, TVLine is offering up some First Impressions.

THE SET-UP | Music legend Lucious Lyon (played by Howard) is preparing to hand over his label to one of his three sons: prolific-but-problematic rapper Hakeem (Gray), reluctantly closeted R&B talent Jamal or business-savvy non-celeb Andre (Byers). Until, that is, his ex-wife Cookie (Henson) emerges from incarceration hardened by her time in the pen and rarin’ to claim dibs on the company she seeded 17 years ago. Uh-oh. 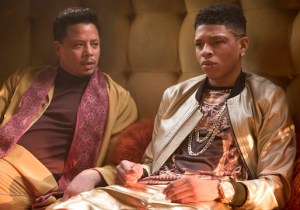 THE FIRST IMPRESSION | My God, Taraji P. Henson is having fun here. That recurring thought I had while watching the pilot, in which Cookie — a bit rough around the edges after getting out — reconnects, with varying degrees of success, with the men in her life and seeks a stake in the empire Lucious built while she was “away.” (Oh to have a nickel for every time she calls someone, female or male, the B-word.)

Shepherded by Lee Daniels and Danny Strong, Empire presents a world ripe for exploration, even if it might ultimately turn out to be in a sudsy way à la a hip-hop Dynasty. Lucious is battling demons from his hardscrabble past, Cookie is a powderkeg whose fuse has been lit, the brothers have distinctly, sometimes tragically different relationships with their parents (as well as with one another), Yoba plays a consigliere type caught in the middle of this maelstrom…. Add original, sometimes awesome tracks from Timbaland and you get a rich, authentic canvas on which one can imagine any number of professional or personal crises arising — especially given a shocking, end-of-pilot twist.

Henson, as noted, is on fire here. Howard, though comparatively reserved, brings to Lucious the right aura of Bad Boy Gone Good. Of the sons, Smollett (top photo, with Henson) obviously gets the heavier notes to play — Jamal’s father will be enlightened no time soon, it is clear — while Gray’s rap skills/background bring an electricity and tactile edge to Hakeem’s performance scenes.

THE TVLINE BOTTOM LINE | The good: Empire is fittingly paired with Idol. The bad: It’s not leading out of Idol-in-its-heyday. As such, expectations should be tempered, even given Daniels’ pedigree and the pair of Oscar-caliber leads. Still, I hope to live in a world where a fantastically diverse, handsomely crafted drama such as this can improve on Red Band Society‘s anemic numbers.

Watch a preview for Empire, then vote in our poll below.
http://youtu.be/a96Cjx0vfFo