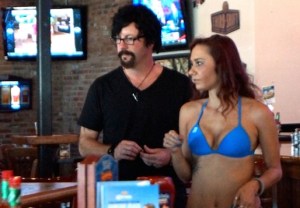 This Sunday on CBS’ Undercover Boss, during the traditionally emotional post mortem with staffers the CEO spied on, one stellar employee was rewarded with a breast augmentation.

Given the specific circumstances, was it a savvy long-term business decision, or unarguably inappropriate?

At episode’s end, during which the “undercover boss” reveals his true identity and praises or sometimes razes his underlings, Guller gave Jessica the hook (for, among other transgressions, allegedly overserving a customer and declining to wear the required bikini top uniform on TV).

But the news was better for the others.

Henry got an overdue raise, back pay tied to his long-ago promotion and a $10,000 trip for his family, while Meagan received an 8 percent pay bump, better insurance, much-needed dental work for her daughter and $10K to go toward their move to a better home. 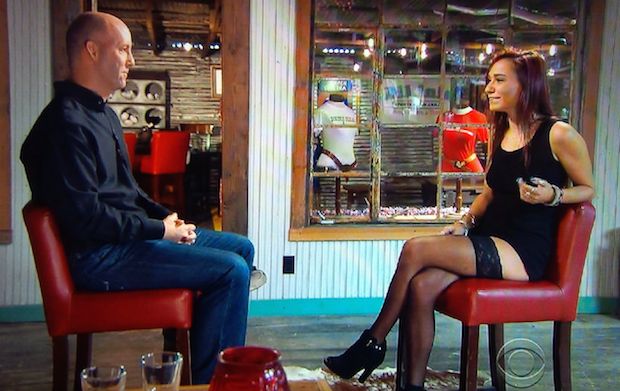 And then there was 23-year-old Grace, whose gung-ho attitude was rewarded with a leadership role in the chain’s new marketing efforts as well as a breast augmentation she had mentioned wanting during her talks with “Jake.” Provided she sticks with Bikinis for another six good months (on the heels of having an off-and-on relationship with her job), she’ll get the “full Cs” she has always wanted.

“If I had new boobs, this makes my job so much easier,” Grace gushed afterwards. “Like, I don’t have to talk as much, because they do all the talking. This is Texas — the bigger the better!”

The instant I matter-of-factly tweeted about Grace’s unique remuneration, the reactions came shooting back a la “I want to barf. And he fires the one who doesn’t want to show her boobs on TV,” “This is so sleazy” and “OK, where is this s–t restaurant?”

Did you happen to watch this week’s Undercover Boss? What do you think of the Bikinis boss’ manner of incentivizing?