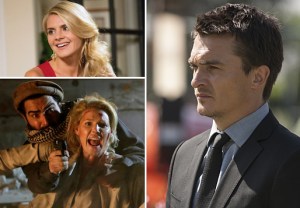 We’ve got questions, and you’ve (maybe) got answers! With another week of TV gone by, we’re lobbing queries left and right about shows including Homeland, The Affair, Major Crimes and Girlfriends’ Guide to Divorce!

2 | Did any Homeland viewer not fret that Quinn’s truck was going to blow up? (And wasn’t it a relief that it didn’t?) And wasn’t it odd that Carrie embarked on her road trip to Missouri with so little luggage, especially when you consider she had planned to take Frannie along?

3 | The Affair‘s dual-perspective technique is cool and all, but weren’t Alison and Noah’s memories of the climactic gun scene a little too different? And if you’re Helen, do you take — let alone, invite — Noah back?

5 | As angenehm an idea as the “sing-along” Sound of Music telecast was, can ABC pop up the coming line a half-second sooner next time?

6 | The extended Galavant promos during said Sound of Music sing-along: Savvy marketing, or setting the bar waaaay too high? 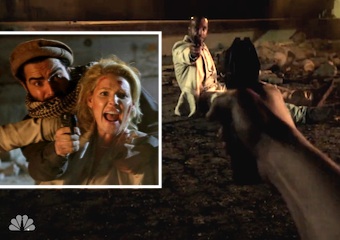 7 | On State of Affairs, was Nick Verra’s tormentor wearing a Joe Carroll mask? And using a distorted voice that was almost impossible to understand? Also, the big reveal about Aaron’s death didn’t quite match up with the flashbacks, in which the shooter’s entire forearm was bared, did it?

8 | Are you a bit glad that Major Crimes’ do-right Rusty aligned with his new siblings and helped keep Jack’s fall off the wagon a secret from Sharon?

9 | Is every character on Girlfriends’ Guide to Divorce unlikable, or is it just us? 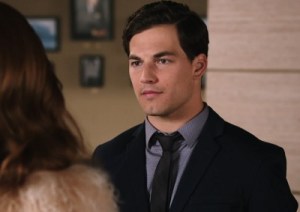 11 | Hulu-watching Selfie lovers: Did the show move past Eliza’s feelings for Henry and have her get back with Freddy too quickly? Then again, who can blame her for hooking up with that “Adonis carved out of Canadian-Italian marble” (aka the guy who played Reign‘s Lord Julien!)?

12 | Is USA Network’s Benched quietly kicking some comedy ass on Tuesday nights? (And on a superficial note: Has Eliza Coupe ever looked better?)

14 | Did ABC’s family friendly Disney Parks Frozen Christmas Celebration pour Ariana Grande into quite possibly the longest skirt she has ever worn? And measured in seconds, how much of that special was spent not shilling for one Disney property/product or another?

15 | If you ignore the fact that It’s a Wonderful Life‘s Mary wouldn’t have met the love of her life, isn’t her George-less existence (she’s a librarian!) really not so bad after all? And did we hear Mary right in that early scene, when she told her nosy mom that George is “making violent love to me”? What could that possibly have meant in the 1940s?

16 | Did Up’s perpetually burning Christmas morning fireplace scene really need a #yulelog hashtag in the corner of the screen?

18 | Jenna Coleman announcing that she (and Clara) are sticking with Doctor Who: Best holiday gift ever, or total lump of coal?

19 | If this Jared Jewelers employee proudly touts herself as “The Perfectionist,” what’s with the hair? 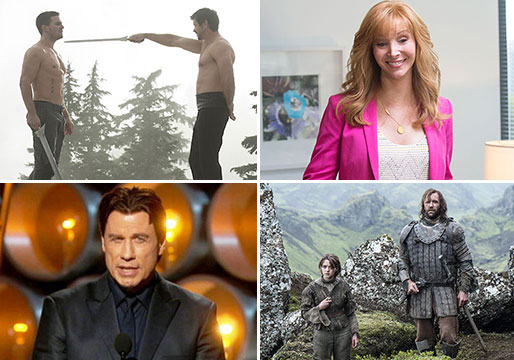