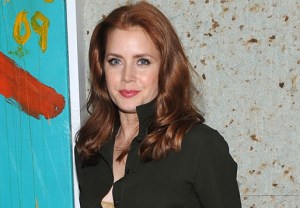 Earlier this week, NBC’s Today show axed a scheduled interview with Amy Adams due to her apparent unwillingness to discuss the recent Sony hack — but that’s not how Adams recalls it.

“I expressed that I was uncomfortable,” Adams told the press Tuesday at a screening for her new movie Big Eyes. “I said I would rather not add my voice to this conversation, but it was clear they were drawing a hard line, that this would be part of the conversation. … I walked away from the conversation and went up to the room to do the interview. I assumed they were going to ask me about [the hacking], and I was prepared for that, to whatever degree I was prepared.”

That’s when Adams was informed that the interview had been cancelled, which she said left her “confused and definitely frustrated.”

“As a news program, the Today show doesn’t allow guests to put restrictions on interviews. In this case, after hours of discussion we felt uncomfortable with the demands being made and we determined the best course of action for all parties involved was to cancel the interview.”

Looks like a case of she said, Today show said. Do you think NBC was right to pull Adams’ interview, or should they have spoken with her as promised? Drop a comment with your thoughts below.