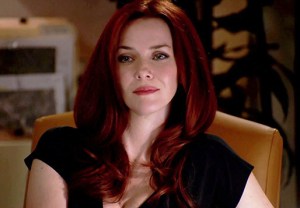 Another mysterious lady is making her way to Mystic Falls in 2015.

Annie Wersching (24) has been tapped to recur in The Vampire Diaries‘ sixth season as a “beautiful and strong” woman named Lily, TVLine has learned exclusively. Also described as “articulate and caustic,” Lily has a reputation for protecting the ones she loves at any cost, though it’s unclear as to who (or what) those loved ones are.

Lily will first appear in Episode 615.

Your thoughts on Wersching’s casting? Any idea how Lily might factor into TVD‘s current drama? Drop a comment with your theories below.