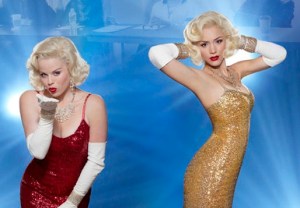 Let me (briefly) be your star!

“Bombshell,” the musical at the heart of Smash Season 1, is heading to Broadway – for one night only.

Per BroadwayWorld.com, The Actors Fund has confirmed that Craig Zadan and Neil Meron will produce a benefit performance of the Marilyn Monroe-centric opus on June 15, 2015.

Playbill says that Megan Hilty, among other Smash cast members, is expected to participate in the one-night-only staging, which will include all 22 songs from Smash‘s show-within-a-show.

Tickets will go on sale in early 2015; check ActorsFund.org for updates.