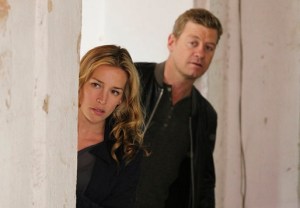 Covert Affairs‘ Season 5 finale on Thursday night found Annie contemplating not one, but two offers — one romantic, one professional.

First, Ryan McQuaid suggested that if they make it out of a dangerous battle alive, they should get married. Then Joan — having accepted a new job — invited Annie to join her CIA task force. But by episode’s end, the spy gal still hadn’t given her answers to either proposal. To top it off, she was thrown for a loop when Auggie revealed his plans to leave the agency and travel the world with Natasha.

Below, executive producers Matt Corman and Chris Ord weigh Annie’s options and Auggie’s attempt to get away from the CIA life. The EPs also address the show’s renewal status — it has yet to be picked up for Season 6 — and whether it’s over, romantically, for Annie and Auggie.

TVLINE | Can you confirm the words Annie says right after the screen fades to black? “Got it”?
CHRIS ORD | Yes. She knows the answer. We’ll see, if we get another season, what those answers are. 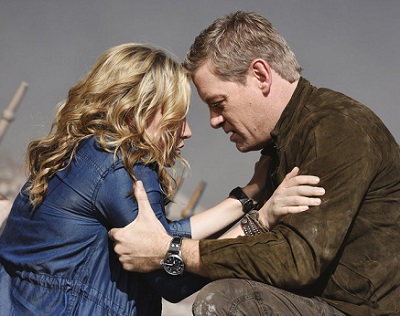 TVLINE | It seems to me this is the most serious we’ve seen Annie get about a guy aside from Auggie.
CORMAN | Yeah, I think so. One has to be ready for relationships in life and then they can present themselves. She, through her experiences, changed as a person and is sort of questioning some of the things she held true. She also, though, has this history with guys that hasn’t ended well. So one could imagine that she might be gun-shy because so many of her relationships have ended poorly, and not necessarily emotionally poorly, but just there’s a lot of danger in this job. Basically, everybody she’s dated has been shot, and several of those guys have died.

TVLINE | That was a big concern for her, that she and Ryan lead these dangerous lives. But aren’t Joan and Arthur an example for Annie of how they can make it work?
ORD | They certainly are. And as we’ve seen over five seasons, it hasn’t always been easy for them, and they’re probably the model couple. But the job creates a lot of challenges, places a lot of strains on relationships. Annie and McQuaid know that. Something Arthur and Joan have been able to do is transition to Langley, be at home base, and that might have been very helpful in their longterm relationship whereas Annie and McQuaid are real field people. They’re real action people. She senses that, she feels that, but in the same respect, she knows just how good it has been with Ryan, how good Ryan is for her. She’s weighing all of that.

TVLINE | Should we take Annie’s little smile at the end as a hint that she’s going to say yes to both Joan and Ryan’s proposals?
ORD | For us, we want the audience to take the smile the way that they, individually, each want to take it. What we’re happy [about] with the ending is it allows the viewer to project what they want on Annie’s future, and then it remains to be seen going into Season 6 – knock on wood – what she ends up doing. 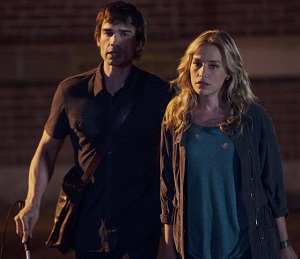 TVLINE | Both Annie and Auggie are making big leaps in their relationships with Ryan and Natasha, respectively. Would you say that Annie and Auggie have moved on from each other in a romantic sense?
CORMAN | For now, they have. But there’s always a kinship there. There’s always a closeness there. And they kind of define one another and themselves through this relationship in many ways. Right now, they’re definitely on different trajectories. But it would be wrong to say that they’ve transcended the power of that relationship.

TVLINE | Can Auggie really leave behind the spy life? Is it in his nature?
ORD | [Laughs] That remains to be seen. He thinks he can. He wants to. He’s excited about the future. He’s excited about the unknown. But in the same respect, he is a proud and true spy. He’s been at the CIA a long time and loves his job. That will be, in some ways, his challenge going forward.

TVLINE | When Annie said, “I’m so happy for you,” was that genuine?
ORD | It was genuine, but she was also pretty shocked in that moment, right? I don’t think she saw that coming. That’s always an odd feeling. You want to be supportive of your friends who you really care about, but in the same respect, it is a bit of a gut-punch to her. Her handler, Auggie, is leaving the CIA. So that’s going to affect how she chooses whether or not to come back to the CIA. She’s wondering what that life would be like at the agency without him.

TVLINE | Are he and Annie going to have this tenuous frenemy relationship going forward?
ORD | The potential there – Shawn Doyle was so great. We loved what he brought to the character. We liked the fact that somehow, by the end of the finale, Belenko and Annie had broken through to this kind of uneasy alliance. We’re excited to see what we can mine out of that. 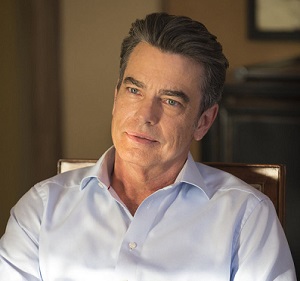 TVLINE | How is Arthur’s possible Senate run going to affect his relationship with Joan?
CORMAN | It’s a very public thing. He would have to come out of the shadows more. And she would need to be by his side a lot, which is a different role for her. Even when they were both at the agency, she had a lot of autonomy. Any time somebody embarks on a political campaign, it’s a huge sacrifice for themselves and their family. But the upside is you can serve the country in a different way on a larger platform. For us, Arthur is such a magnetic, warm person, and Peter Gallagher, as well. We’ve often said that Peter would be an amazing politician in real life.

TVLINE | You’ve mentioned a few times, “If there is a Season 6…” Do you know when you’ll find out about a renewal? And is there a feeling writing these episodes that the show is nearing its last run?
CORMAN | To the first , we don’t know when we find out. We are excited at the opportunity if it should present itself to do more. But we really don’t know. For us, these characters and the actors we’re working with are so infinitely talented that we think we could keep telling stories forever. Maybe we’re delusional in that sense, but we just love this show so much. We don’t like to think about it in terms of the end.

TVLINE | There was a feeling in this episode that the characters are growing up and reaching their natural end point with Annie contemplating marriage and Auggie leaving the CIA. Would you be happy if this was the ending?
ORD | No, we wouldn’t be happy. We want the show to continue. We’re very proud of this finale. So at least we feel if we didn’t come back, we’d be going out on a high note. We don’t really like to think about it in those terms. Because for us, too, getting back to the first part of your point, those are natural turns and natural points in our characters’ lives, but they’re not natural endpoints in the sense that every major point like that creates entirely new stories and new threads to explore. So for us, if anything, they could be great beginning points for future seasons.

Covert Affairs fans, what did you think of the finale? Should Annie accept Ryan’s proposal? And would you be content if this was the end? Grade the episode via the poll below, then hit the comments with your thoughts.