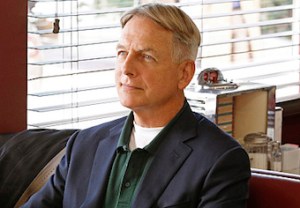 Rule No. 8: “Never take anything for granted.”

CBS’ NCIS takes that to heart tonight at 8/7c, with a Christmas episode that reflects on one of the long-running drama’s recurring themes: Gibbs’ Rules.

“I wanted for a while to do an episode about Gibbs’ rules,” showrunner Gary Glasberg tells TVLine, “and Chris Waild, one of my writer-producers, had the clever idea of incorporating it into our Christmas show.”

The framing device, per Glasberg: “McGee (played by Sean Murray) is writing a letter to his father, sitting at the great, old typewriter that he writes his books on, sort of narrating” his account of a case the team worked during the holidays, involving hackers.

“It’s a really timely case,” given the myriad Sony Hack documents continuously being released into the real world, Glasberg notes. “And it brings back a number of characters” — Former NCIS Systems Administrator Kevin Hussein (played by Ethan Rains), Heidi Partridge (Erin Allin O’Reilly) and Ajay Khan (Chuck‘s Vik Sahay) — “who are computer-focused villains of the past,” to help tackle the crisis.

As McGee shares with his father the assorted rules, many are punctuated by accompanying flashbacks of characters both present and past receiving or recounting Gibbs’ wisdom. “We used stuff all the way back to Season 2, I think,” Glasberg says. “It’s amazing to go back and collect all these different clips, of everybody from Sasha [Alexander, as Special Agent Kate Todd] to Cote [de Pablo, as Ziva] to Michael [Weatherly, who plays DiNozzo] referring to the rules.”

Such blasts from the show’s past coupled with McGee’s heartfelt missive to his father made for “a really emotional, terrific episode,” Glasberg adds. “It’s like a little Christmas present for everybody.”