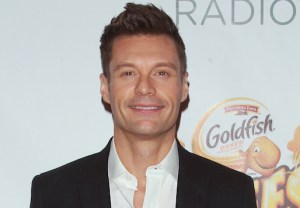 For at least part of its upcoming run, American Idol will air just one night a week, host Ryan Seacrest has confirmed.

Talk of Idol being “more streamlined” in Season 14 began back in mid-May, when then-Fox president Kevin Reilly speculated that, with ratings waning, the onetime reality behemoth would transition to a “two-hour show on one night for most of its run.”

Seacrest confirmed that to be the latest thinking even in the wake of Reilly’s exit in late May. (Dana Walden and Gary Newman took the reins at Fox Broadcasting in July.) “We are going to do the performance show and the results in the same show,” he shared Friday at Z100’s Jingle Ball Concert, The Hollywood Reporter reports. “We are going to put it all into one format in one night,” starting on or around the Top 10 level of competition, he indicated.

Fox’s own So You Think You Can Dance switched to a one-night format in Season 9, combining performances and results shows. ABC’s Dancing With the Stars did same beginning with its Fall 2013 cycle.

Having seen SYTYCD and DWTS already go down this road, what do you about Idol following suit?