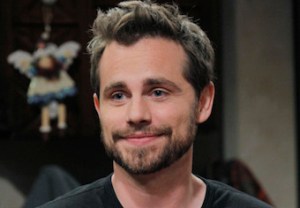 We’ve got questions, and you’ve (maybe) got answers! With another week of TV gone by, we’re lobbing queries left and right about shows including Revenge, Sons of Anarchy, Forever and Bones!

1 | Did Girl Meets World’s highly anticipated Shawn-Cory reunion even need a laugh track? That was one of the most serious Christmas episodes ever. And why no mention of Shawn’s love life? (We want Angela! We want Angela!) 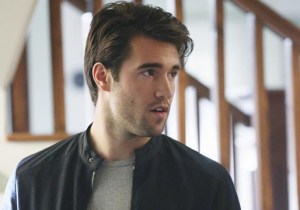 4 | On Revenge, were all the flashbacks about Daniel’s crisis of conscience a dead giveaway that he was going to die?

5 | As Homeland’s Quinn re-entered the embassy, did you think for a second that maybe Fara was still alive in Max’s arms? And how could CIA Director Lockhart have been so naive to think Haqqani was going to let his employees live after bringing the coveted files out of the vault?

6 | Once Upon a Time’s Ingrid: the sexiest aluminum Christmas tree ever? 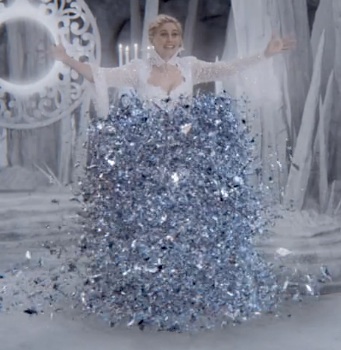 Also, didn’t Elsa and Anna’s mom have extremely tidy handwriting for someone who was on a tossing-and-turning ship?

7 | How much did you laugh at Lucas Grabeel’s Tobias on Switched at Birth‘s Christmas special?

8 | How did Jane the Virgin manage to make us care about a religious escort who roofied Rafael? Now, that’s a miracle!

9 | The Voice‘s new “Wild Card” twist, putting an ousted Top 12 contestant back into the finale: A terrific idea that should be carried into Season 8, or a total bust that should be left in Season 7’s scrap heap?

10 | On The Flash, can we assume that Robbie Amell, as Ronnie/Firestorm, has borrowed his cousin Stephen’s 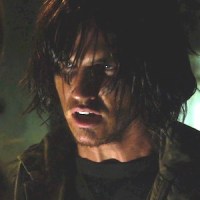 flashback wig? And is anyone getting a Young Annette O’Toole vibe from Flashback Nora?

11 | Admit it: Eliza’s performance of “Chandelier” on Selfie (streaming on Hulu) helped you learn the words to that song, right?

12 | Did Chasing Life‘s April go from brunette to blonde to redhead in a matter of days? Is it even possible to color your hair that much within a week?

13 | The Christmas-miracle ending of Tuesday’s About a Boy: too cheesy, or just cheesy enough? 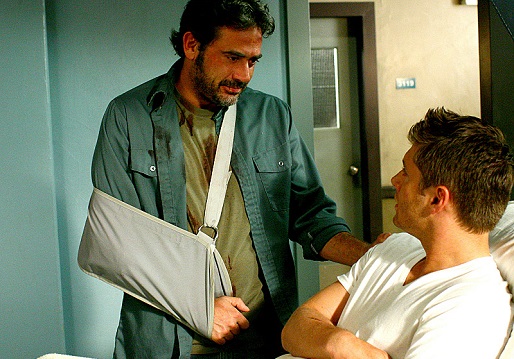 14 | All the John Winchester references on Supernatural this week/the past couple seasons are foreshadowing Jeffrey Dean Morgan’s return, right?!

15 | Did any Forever fans pick up on how, after Henry mentioned Abe during the therapy session, “Adam” asked if the M.E. had any friends closer to his age — indicating that he knew Abe was an old man?

16 | Shouldn’t Sons of Anarchy‘s Jax have chosen a more fool-proof method of [spoiler], one that would certainly [spoiler] him vs. potentially rendering him a quadriplegic? And despite the many disturbing visuals over the years, might the talking baby dolls in this week’s epic car chase have been the creepiest of all?

17 | Anyone else notice that as Rudolph the Red-Nosed Reindeer made his middle-of-the-night escape from the Island of Misfit Toys, left the door to guest cottage wide open? Hermie and Yukon 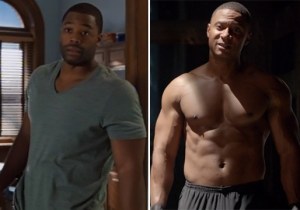 19 | Why does ABC keep casting the fabulous Ana Ortiz in utterly thankless guest roles — first, How to Get Away With Murder’s ho-hum fugitive, and then black-ish‘s punchline-free HR exec?

20 | So what do we think, Nashville fans: Is Layla dead? And does she have the world’s shortest memory when it comes to Jeff’s behavior?

21 | Didn’t you hope that once American Horror Story: Freak Show killed off Kathy Bates’ character, Angela Bassett would get a little (OK, a lot) more to do? Shouldn’t she at least get more screen time than Finn Wittrock’s (undeniably flawless) backside? On an unrelated note, how much fun must the sound effects department have had coming up with the 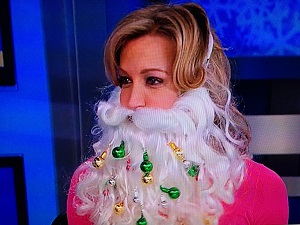 23 | Eight weeks in, are you “feeling” Elementary‘s new set-up, or does Kitty read like the Companion to Sherlock’s Doctor?

24 | Was Bones‘ 200th the most visually sumptuous TV episode you’ve seen in some time? Wasn’t Emily Deschanel made to wear the styles of that period? And which show produced the more expensive fanfic: Once Upon a Time with its Frozen arc, or Bones for its 200th ep?

25 | Is the joy of this holiday season’s Old Navy ads that they’re more about Julia Louis-Dreyfus being funny and less about shilling sub-Gap threads?